In this new age of software development, writing test scripts can become a tedious task. Experts say to test early and test often, but traditional performance testing requires developers to plan ahead and script exactly how they want the functions of their applications to be tested, which could take days and sometimes weeks. And, if a developer needs to make a change, they have to go back and develop the test again, according to Alon Girmonsky, founder and CEO of BlazeMeter.

“Traditional testing takes too much time,” he said. “You have to plan ahead and calculate your steps; it removes spontaneity.”

(Related: How to use crowdsourcing)

“When you don’t need to have a script, you can choose on the fly what you want to test and just do it,” Girmonsky said. “It isn’t just about saving time, with this new technology, there are things you can do now that weren’t available for you to the past.” FollowMe provides virtual crowdsourcing for performance testing, and can trigger more than 1 million virtual users and imitate how real users will interact with the app.

“The ability to stress your application in ways you couldn’t do in the past helps developers figure out problems quicker and avoid potential downtime,” Girmonsky said. “Traditionally you had to invest a lot of time, and today you can do it easy and fast and a bit cheaper.”

Developers will also get real-time performance analytics with FollowMe, so they can easily make changes when they need to.

“By simplifying the testing process, the usage of testing will increase and therefore the quality of products and better user experience resulting from testing will also increase,” said Girmonsky. 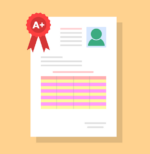