SD Times Blog: A deflation, not a burst 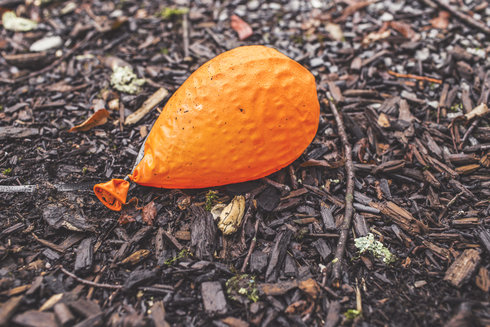 I had a high C-level in the valley tell me, during a heated interview a few weeks back, that he didn’t fear anyone coming after his products with huge swarms of developers. Rather, he feared teams of three to 10 people.

It’s a sentiment I heard years ago, while interviewing Verizon’s CIO. His internal software teams were all two- or three-person groups, with the occasional team of five or six. Larger groups, he said, were ineffective in software development.

Shifting gears, you may have read a few articles out there speculating that there is another bubble in the Valley, ready to burst at any moment. I’ve even said as much about the current state of affairs, though I worried last year that this year would be the end.

Essentially, I think that instead of a bursting bubble, we’ll see a slow deflating of expectations and of head counts. In effect, this bubble will be burst by process, agility, and working smart, not necessarily working hard.

Smaller teams
Picture, if you will, WhatsApp, a mobile application and communications platform that is said to have 500 million users worldwide. The team at WhatsApp, however, consists of only 55 people. Meanwhile, Twitter employs more than 4,000 people around the globe.

Just what do all those people do all day? Surely it can’t be engineering!

Most likely, it’s a lot of sales and other outreach-type workers who are there to increase revenues instead of quality. But that’s not to say there aren’t way too many developers at Twitter. Even without doing any calculations, and simply looking at the platform itself, there is no reason whatsoever that Twitter should need 1,000 engineers to work. Perhaps that was the case in 2005 when Twitter was new and solving scale problems that had never before been encountered.

Today, however, software development has matured to a point where an agile team, well educated and well funded, can do amazing things across great distances of time. The idea that a company like Twitter would need even 100 engineers on its core product today is beginning to sound silly.

This new generation of startups will be significantly leaner, far more focused, and definitely more profitable. With fewer developers on board, there will be more money for the investors to pull back later on, and thus less need for multiple rounds of funding at insane, multi-US$100 million levels.

The interesting part about my new hypothesis is that it’s not something that requires a giant flushing out to occur. We don’t need the bubble to burst in spectacular fashion. Instead, the Valley simply needs to see a few more WhatsApp-style acquisitions, where tiny teams are acquired at valuations that would dwarf a venture capital round. With WhatsApp leveling out at $19 billion when acquired, compare that to the market capital of $20.5 billion for Twitter.

If you’d like to be a part of this forthcoming revolution, don’t just go chopping off heads in your development department. Rather, spend some time finding out which developers in your organization can truly take on a project with a small team, and let them loose.

Then, when you’ve gathered some metrics and results, crunch the numbers. Compare that team to your other, larger teams, and see who’s doing better. We’re placing even money that productivity for small teams continues to increase with the spread of new software development, management and deployment tools. And it’s always a sure bet that management will be happy when you’re doing more with less.

So, get ahead of that bubble, prepare for leaner times, and figure out how your teams can be more like WhatsApps’s teams: working smarter, not harder, through the promise of collaboration, the cloud, and automation.