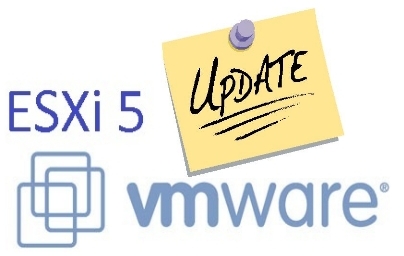 VMware has come under fire for an alleged violation of the GNU General Public License (GPL). It has been accused of misusing GPL-licensed Linux kernel contributions in its ESXi line of products without releasing the source code, as required by the license.

Linux kernel developer Christoph Hellwig, along with the nonprofit advocacy organization Software Freedom Conservancy (SFC), have filed a lawsuit in a Hamburg, Germany district court against VMware, compelling it to comply with the terms of the GPLv2 Linux and free software license. According to the lawsuit, the GPL Compliance Project for Linux Developers (of which Hellwig is a member) and the SFC discovered the license misuse in 2011, and attempted to negotiate with VMware to seek GPL compliance in 2012 and 2013 to offer source code for the BusyBox Unix tool file in its ESXi products.

Hellwig’s investigation uncovered that the ESXi product line infringed on his own copyrights within the Linux kernel, and according to the SFC, VMware’s legal counsel informed them in 2014 that the company had no intention of ceasing its distribution of proprietary licensed works derived from his and other kernel developers’ copyrights.

“VMware seems to not be playing by the rules they accepted in order to gain access to the vast wealth of GPL-covered software out there for anyone to use, both commercially and non-commercially,” said John Sullivan, executive director of the Free Software Foundation. “Often when we find people who aren’t following the rules, it’s the result of a lack of understanding, and we work it out in private, with the result that they fix their mistakes and can then continue to distribute the free software.

“Sometimes it can take a while to get everything right, but as long as good progress is happening, we continue to help in good faith, because that investment of time on our part results in a new, fully participating member of the free software world. When that process breaks down and the company decides to stop cooperating, then there is no choice but to call them out so that the rules retain their credibility and software meant to be free is not captured by proprietary land grabs.”

The FSF issued a statement in support of Hellwig and the Software Freedom Conservancy, which maintains that while lawsuits are a last resort, in this case VMware’s actions violated the spirit of free software distribution. According to Sullivan, the FSF hopes the lawsuit results in VMware agreeing to release the code as free software to benefit the users, developers and businesses who agreed under the GPL to share the code in the first place.

“These rules aren’t like other copyright infringement claims, because the conditions are only designed to make sure nobody can restrict anyone else,” Sullivan said. “In this way, the GPL’s rules are the same as the rules that make any freedom possible. In order to have freedom of speech, you have a rule against restricting others’ freedom of speech. Likewise, the GPL says you have freedom when you use, modify, and distribute the software, precisely because you can’t take that freedom away from anyone else.”

In response to the lawsuit, VMware gave SD Times the following official statement:

“We believe the lawsuit is without merit. VMware embraces, participates in, and is committed to the open-source community. We believe we will prevail on all issues through the judicial process in Germany.”

The SFC is maintaining a FAQ to update the free software community on the status of the lawsuit.