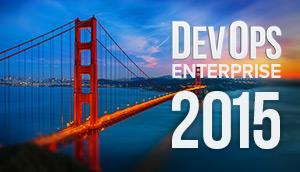 For some, the term DevOps is already old hat. The word encompasses many ideals that have been espoused in software development for years, coupled with new ones. Configuring infrastructure as code, Continuous Integration, Continuous Deployment, self-serve architecture: All of these things have long been the draw of the DevOps movement.

But at the DevOps Enterprise Summit in San Francisco this past week, the message was a resounding one: DevOps is just getting started in the enterprise. Jim Ensell, Chief Marketing Officer of Electric Cloud, said that enterprises are still struggling just to get to a point where DevOps is an option across many projects.

As a result, Electric Cloud’s offerings, which focus on speeding up builds, tests and other tasks by distributing them onto a cluster, are something of a third step for many enterprises that aren’t even finished with the first step on the road to DevOps.

That sentiment is reflected by Electric Cloud customer CenturyLink. Dominic Faraone, software engineer at CenturyLink, has been responsible for spreading the DevOps way of life through a telecommunications company that has been accruing software for decades.

Faraone joked that his internal screen name at CenturyLink was Sisyphus, as his challenge in spreading DevOps practices and tools across the organization was akin to pushing a boulder up a hill, forever.

(Related: How to get started with DevOps)

He had some advice for managers in similar situations. Primarily, he advised approaching naysayers with tools that can save them time. Targeting individuals and figuring out how the new tools can make their lives easier is a better approach than mandating a move to a new tool and reprimanding those that don’t take the change well.

There are many other factors that can make life difficult for a manager trying to spread DevOps practices through an organization. Carmen DeArdo, who heads up DevOps at Nationwide Insurance, spoke at the Summit on the topic of challenges to execute DevOps in large enterprises.

One of the major problems he highlighted was the fact that Nationwide has a yearly budgeting approval process, leaving developers and operations teams with whatever they’d budgeted for a year ago, rather than an ability to be agile and grab tools or services as needed.

This is a problem, said DeArdo, that he has not yet solved, and has heard repeatedly from other organizations. The yearly budgeting process can be a major hindrance to DevOps, agile, Continuous Integration and even testing, as problems that have commercial solutions must wait until the next budgeting cycle to be purchased and implemented.

With problems like this still plaguing the DevOps community, it’s not hard to see why enterprises are still struggling to implement the changes needed to go faster in software.