DevOps teams are on the move 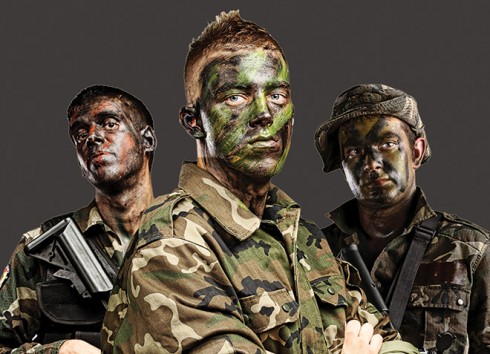 Admit it. You think of operations and that dated stereotype of a bearded guy in a dusty data center still pops up. And even though “development” isn’t that much of an improvement over its predecessor, “programming,” it beats the utilitarian sound of “operations,” right? Perhaps you have even begun to believe the hype: The cloud will eliminate most of your deployment concerns.

“I can’t tell you how ripped I get when people say things like this: ‘Cloud computing means getting rid of ops,’ ” said John Allspaw back in 2009. “If by ‘ops’ you mean people in data centers racking servers, installing OSes, running cables, replacing broken hardware, etc., then sure, cloud computing aims to relieve you of those burdens.”

Now senior vice president of technical operations at Etsy, Allspaw is the author of “The Art of Capacity Planning: Scaling Web Resources,” a title that belies his gift for making the concepts in the book a zillion times more interesting than you might think. A seminal figure in the DevOps movement, he is perhaps best known for his 2009 O’Reilly Velocity conference presentation describing continuous delivery (10 deploys a day) at Flickr.

From a developer-centric standpoint, DevOps is all about operations matching the breathtaking productivity of agile coders who have achieved symbiotic nirvana with the business and/or customers. Really, the only thing slowing developers down are those obtuse IT admins. Worst of all, companies are trying to staff DevOps teams and engineers—titles that continuous delivery guru Jez Humble and others said are missing the point.

“Why does the community hate the term ‘DevOps team’? The objection fundamentally is that DevOps teams could be another silo,” said Eric Minick, technical evangelist for UrbanCode. Maker of the AnthillPro build, deploy, test and release-automation framework, as well as the uDeploy application-deployment automation tools, it’s fair to say UrbanCode sees DevOps through developer-colored glasses.

“Politically, especially where agile has gone well, development has established a pretty good relationship with the business. So ops has a bit of an existential threat,” Minick said.

Election 2012: Gameday prep
While this existential debate was raging on Twitter and in conferences around the world, a tweet on Nov. 12, 2012, by Scott VanDenPlas put everything in perspective:
“4Gb/s, 10k req/s, 2k nodes, 3 datacenters, 180TB and 8.5 billion req. Design, deploy, dismantle in 583 days to elect the President. #madops”

Agree with his title or not, VanDenPlas spent May 2011 through November 2012 making history as “DevOps Director” at Obama for America. Was President Obama’s reelection campaign technology operation as big of an achievement as, say, Amazon’s massive, multi-year service-oriented architecture makeover? Technically, no, but in every other respect—visibility, time and money constraint, star-studded staffing, and ability to affect the lives of 300 million Americans—it was a game-changer.

Is DevOps actually ‘The Bad Place’?