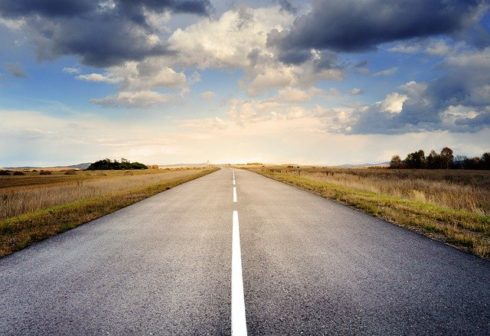 Too often, developers assume that by moving to the cloud they’re being green. After all, shifting from power-hungry, often decades-old, on-premises data centers to something new in the cloud should surely be better for the planet? What’s more, some of the biggest cloud providers claim carbon neutrality through renewable energy credits and powering newer facilities with renewables.

It’s an appealing vision. But the facts aren’t quite so simple. Yes, the cloud providers’ hyperscale infrastructure can be more energy-efficient than on-premises data centers, but data centers account for approximately 1% of global energy use — and that figure is rising.

Here’s the thing: every workload that you move to the cloud uses energy. And some workloads are real energy hogs. One recent study showed that training a single machine-learning model produced as much carbon emissions as 125 roundtrip flights from New York to Beijing.

And often, dev teams are unaware of the energy use of various workloads, unintentionally consuming more than necessary. Here’s where green cloud thinking comes in.

A green cloud strategy stresses the need for analysis and optimization so that you can understand the environmental impact of your cloud computing and curtail the cloud’s growing carbon footprint and energy demand.

Adopting green cloud strategies has many benefits, including:

Online makers portal Etsy is at the forefront of green cloud thinking. It set up a Sustainable Computing Taskforce to reduce its environmental impact. It’s goal: to reduce the intensity of its energy use by a quarter by 2025, including it’s office operations and its computing footprint.

And as part of that initiative, Etsy moved from collocated data centers to Google’s cloud — attracted in part by the energy efficiency of its cloud infrastructure. In doing so, it lost its ability to measure energy consumption — something it felt uneasy with. That’s why it developed a methodology to measure energy consumption, based on usage data and publicly available information such as emissions factors and Google Cloud’s power usage effectiveness (PUE).

Armed with that knowledge, Etsy has been able to make significant progress on its goal to reduce energy usage associated with its workloads.

Why is this possible? One reason is that cloud is different to on-premises operations. ThoughtWorks Technology Radar has long cautioned against a lift and shift approach to migrating workloads from on-prem to the cloud. Running an application that was designed to run in a data center without modifying it for the cloud can result in significant network traffic. By optimizing it for the cloud, you not only save money by reducing that network traffic, you also cut the associated carbon emissions.

Building on innovations from sustainable leaders like Etsy, ThoughtWorks and a small cohort of innovation partners have developed an open source solution, Cloud Carbon Footprint, which provides visibility and tooling to measure, monitor and reduce your cloud carbon emissions. The software converts cloud utilization into estimated energy usage and carbon emissions, producing metrics that can be shared with employees, investors and other stakeholders. Cloud Carbon Footprint supports multiple public clouds, breaks down emissions by region, service, and project/team, and helps teams identify the areas with the highest ROI to reduce wasted cloud usage and carbon emissions.

“Tools like Cloud Carbon Footprint are the kinds of open, extendable logical infrastructure we need as responsible technologists to work towards a sustainable digital industry,” says Chris Adams, co-director of The Green Web Foundation.

Tom Greenwood, managing director of Whole Grain Digital agrees. “We have been trying to piece together the puzzle of energy and emissions for digital services for several years and this is an exciting step to make digital carbon accounting more accessible. Cloud Carbon Footprint will help organizations build a more complete picture, and perhaps more importantly, to take action to reduce energy and emissions.”

Thinking Machines Data Science has already been actively using Cloud Carbon Footprint. According to CEO Stephanie Sy, “as a company that’s just starting to look into our carbon footprint, this tool shortcuts a huge piece of the work for us. Through the dashboard, we discovered that neutralizing our carbon impact will actually be more feasible than we previously thought. We might even have a path to carbon neutrality in 2021! Next, we’ll be drilling into the emissions of individual teams and projects so we can strategize how to reduce further.” 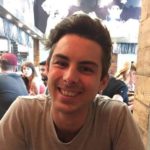 Dan Lewis-Toakley is Green Cloud Lead and Developer Consultant at A href="https://www.thoughtworks.com/">Thoughtworks.

View all posts by Dan Lewis-Toakley