Pieter Hintjens, Belgian software developer and past president of the Foundation for a Free Information Infrastructure (FFII), gave much of his time and effort to the open-source community.

He did so even up until the day he planned for his own death, which was today.

Hintjens, who chose euthanasia today after dealing with terminal cancer, was a writer and a programmer who spent much of his life building large software systems and online communities, which he described as “Living Systems.”

(Related: How open source is getting into drones)

Born in the Congo, Hintjens was the CEO and chief software designer for iMatix, a firm that produced software applications like ZeroMQ, a high-performance message library. He was the founder of the ZeroMQ free software project in 2007, which is a community of projects that focus on decentralized messaging and computing.

ZeroMQ is free software used by organizations like CERN, Cisco, Microsoft, NASA, Samsung and Spotify. It is used to build and distribute messaging engines, according its feature list. The engines use common protocols for connecting to each other and exchanging messages, and as an architect, people can embed these engines into their applications. Message then spread across the network, which is why the community calls it “distributed messaging.”

The first engine was written in C++, and the name ZeroMQ now expands to cover the whole family and its protocols. Both the software and the protocols of the project are open-source and owned by the community that built them. The community itself believes in clean and stable code, and its philosophy is, simply, “Send us your patches, and we will merge them.”

Many programmers benefited from being exposed to the ZMQ guide. One programmer on Hacker News wrote: “ZMQ was a refreshingly new idea in a sea of otherwise cookie-cutter message passing frameworks.”

Besides being a leader of the ZeroMQ community and project, Hintjens also wrote the O’Reilly ZeroMQ book, “Culture & Empire,” “The Psychopath Code,” “Social Architecture,” and Confessions of a Necromancer.” He also maintained a website even while in the hospital.

Celebrating life
It was in April that Hintjens was diagnosed with malignant bile duct cancer, which spread to both lungs. In late August, he wrote about his decision to euthanize himself in Belgium, where the country allows for “death on demand.”

In one of his final blogs, he discussed his battle with the disease, breaking down the idea of cancer as a fight.

He wrote: “Let me start with this: One does not choose to fight, or give in to, a disease like cancer. Perhaps to any disease. In my body right now there is a holy war going on, and has been raging for years… And most of us can say the same thing, most of the time. We are all cancer survivors, until we’re not.”

At the end, he said he would rather not fight the cancer, but fight “the negativity of death, with small positive steps, and together, rather than alone.”

One of Hintjens’ last wishes was there be a single place where his children (ages 12, nine and five) can come and “read what other people say about their dad.” People can send a donation to his children through PayPal, since they will become “semi-orphans” once he passes, he wrote in a Hacker News thread.

Despite the sad and difficult ending, many fans took to Twitter to express their gratitude for Hintjens’ contributions and writings. Judging from the retweets up until his death today, fans of his work and contributions will make sure his free and open-source software legacy will continue long after he is gone.

The world just lost a great writer, hacker and human being. :disappointed_relieved: Take some time and get to know @hintjens: https://t.co/xub2OsCOPj

Going to miss @hintjens very much. I have really enjoyed getting to know him over the past few years. his help and advice will stay with me.

I am feeling emotional watching Twitter saying goodbye to @hintjens. But I am also grateful for all he’s been sharing with the World.

@hintjens we never met, but your work has affected me on a deeper level than I would ever admit. Thank you. 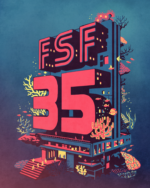