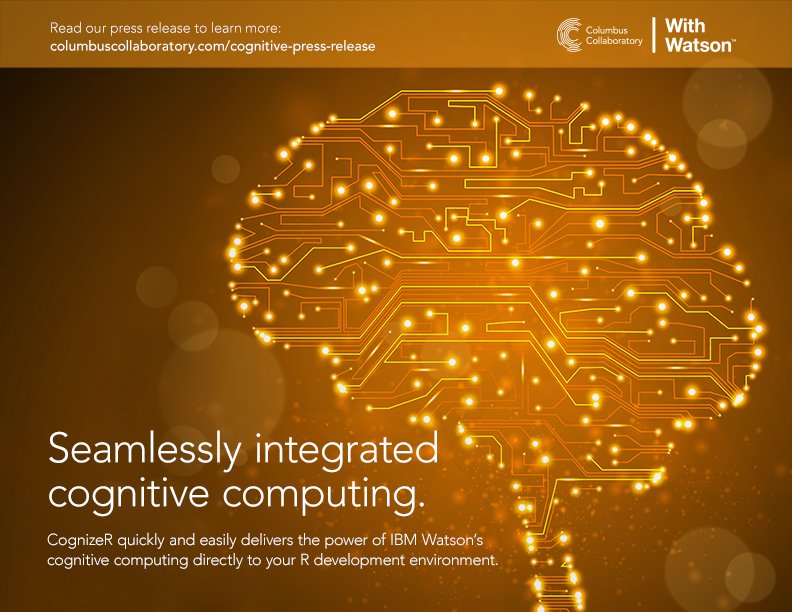 IBM Watson and Columbus Collaboratory, an analytics and cybersecurity company, want to make it easier for data scientists to access and build solutions using the R programming language with IBM Watson. The organizations have unveiled CognizeR, an open-source R extension.

“R is decidedly the most popular language used by data scientists for statistical and analytics applications. Now, for the more than two million data scientists worldwide using R, integrating cognitive APIs has gotten a lot simpler thanks to a collaboration between Columbus Collaboratory and IBM Watson,” Rob High, VP and CTO of IBM Watson, wrote in a post.

CognizeR enables data scientists using R to leverage Watson’s APIs without having leave their native development environment. Previously data scientists would have to code calls in other programming languages such as Java or Python in order to integrate those services. CognizeR eliminates that step.

“Our goal was to connect data scientists everywhere with cognitive computing in a software environment they already know and love: R,” said Ty Henkaline, chief analytics innovator for  Columbus Collaboratory. “CognizeR now shortens the journey toward building real cognitive solutions by providing quick and easy access to Watson services. Releasing this code to the open-source community advances our mission of delivering accelerated business value to our member companies and beyond.”

According to the organizations, with CognizeR data scientists can now unlock unstructured forms of data from charts, emails, social media, images and documents, and gain new insight into how they can improve their solutions. In addition, users will be able to access a number of Watson services through the extension. Those services include Watson Language Translation, Personality Insights, Tone Analyzer, Speech to Text, Text to Speech, and Visual Recognition.

To use CognizeR, users must already have an active Bluemix ID and service credentials for each Watson Service.

The organizations will use feedback from the community to decide what additional cognitive services it will make available next.

CognizeR is available on GitHub.