The worst passwords of 2014 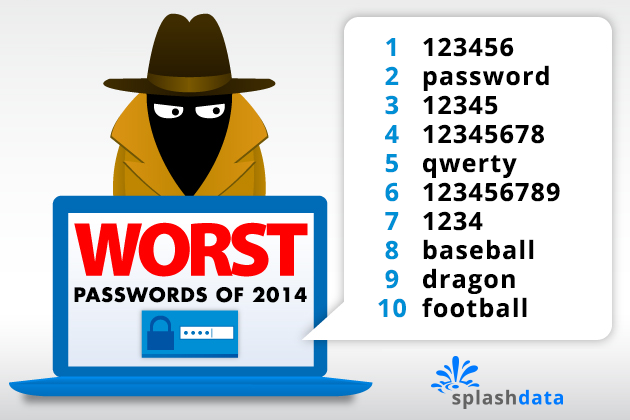 Password-management software provider SplashData has released its annual list of the most common passwords on the Internet, and once again “123456” tops the list.

In this year’s “Worst Passwords” list, compiled from more than 3.3 million passwords leaked in 2014, the ever-popular “password” retained its spot at No. 2, while the rest of the Top 10 rounded out with more ordered numeric sequences, “qwerty,” “baseball,” “football” and “dragon.”

According to SplashData, in addition to the prevalence of favorite sports as passwords, birth years between 1989-1992 are all in the Top 100, and half a dozen of the most common American names are also in the Top 50, including “jennifer,” “thomas” and “charlie.”

The Top 25 most common passwords of 2014 are listed below:

More information on the SplashData “Worst Passwords” list for 2014 can be found here.

The worst passwords of 2015, VersionOne unveils its Winter 2016 release, and learning about deep learning from Google—SD Times news digest: Jan. 21, 2016