President Obama announces initiative to get kids into computer science 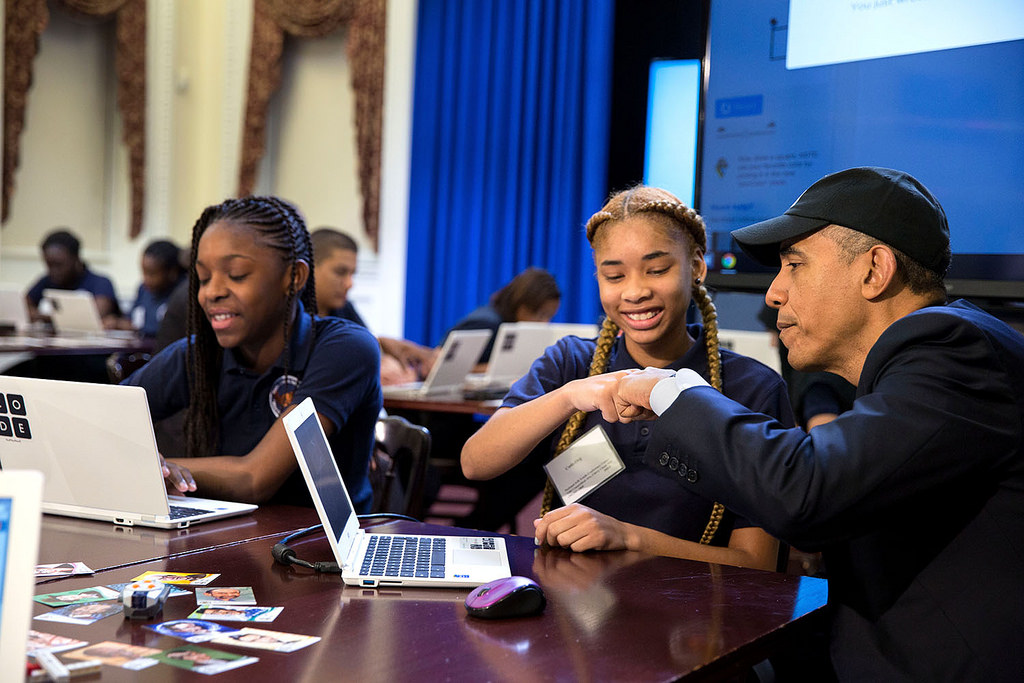 The campaign is called Computer Science for All, and the goal is to equip students with computational thinking skills so they can be more than just consumers of technology. CS for All already consists of parents, teachers, school districts, state governments, and private-sector leaders.

According to a White House blog post, there were more than 600,000 unfilled high-paying tech jobs across the United States. By 2018, it’s predicted that 51% of all STEM jobs will be in computer science.

The president’s initiative starts with US$4 billion in funding for states, and $100 million directly for school districts in his forthcoming budget. This will be used to expand the roster of K-12 computer science teachers, expand access to instructional materials, and draw in partners, according to the White House.

Additional funding will be given to National Science Foundation (NSF) and the Corporation for National and Community Services. The President also wants to expand access to prior NSF programs and professional learning communities, which led to the creation of CS curricula such as Exploring CS and Advanced Placement CS Principles courses. He wants to involve more governors, mayors and education leaders to boost computer science opportunities. More than 50 organizations have already committed to working further on their computer science programs, such as Apple, Facebook and Microsoft, according to the White House blog.