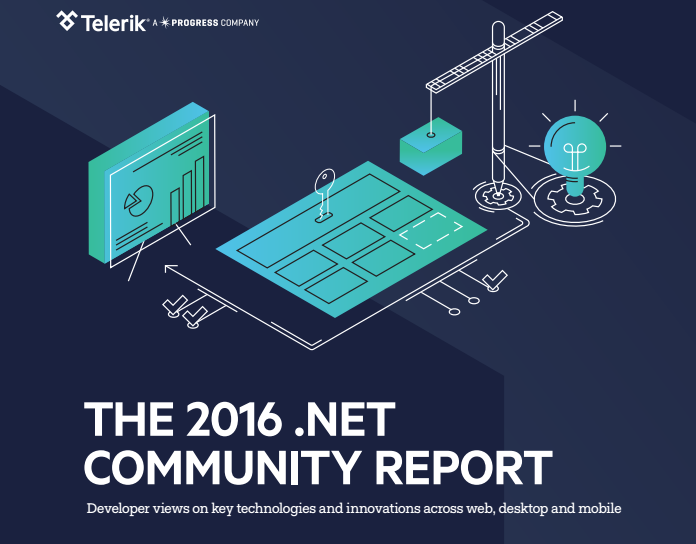 “If you think about what a .NET developer’s reach was before, it was primarily Windows applications, desktop applications and maybe some Web applications, but it all ran on Windows,” said Sam Basu, a developer advocate at Telerik, a Progress company.

In addition, Microsoft’s recent acquisition of Xamarin is also making it easier for developers to target Android and iOS platforms. The report revealed developers prefer Xamarin for their mobile development efforts, with Apache Cordova being the top choice for hybrid mobile development.

“What Microsoft has done in turning .NET pieces into open source has surprised the market and further improved .NET’s position as a viable approach for cross-platform software development,” said Al Hilwa, program director of software development research at IDC. “The Xamarin acquisition is confirmation that this is a strategy that Microsoft is now pursuing explicitly.”

In terms of what .NET developers are building their solutions for, the survey revealed it is a mixed trend, with 30% of respondents targeting Windows desktop, 45% targeting desktop Web, and 49% focused on responsive Web.

For the tools developers are using to build their solutions, 46% are using WPF to build desktop applications, 42% use Windows Forms, and despite Microsoft’s push to its Universal Windows Platform, only 8% are using it. “You might think of WPF as an ancient technology, but there are a billion other people running on it, and Microsoft keeps investing in it, so it is nice to see developers are still using it,” said Basu, adding that developers are still unfamiliar with UWP, so they are hesitant to make the switch.

For Web solutions, 74% of developers are using JavaScript, with AngularJS being the most popular framework for .NET developers. This is due to Microsoft’s recent support for Angular, according to Basu.

Other key findings included C# being the dominant language used by .NET developers because of its ability to target any application on any platform; 22% of respondents would not use a cross-platform tool; 63% of respondents haven’t used a Mac; and developers don’t think ASP.NET Web Forms is dead yet.

“The survey results are in line with what we understand to be happening in the .NET space,” said Hilwa. “Basically there is invigorated interest in Microsoft’s tools and platform even prior to the Xamarin acquisition as the company began to reposition .NET as strategic again after a near-death experience around the Windows 8 timeframe. This has been helpful to the ecosystem and the invested development resources that have gone into .NET over the last decade and a half.”