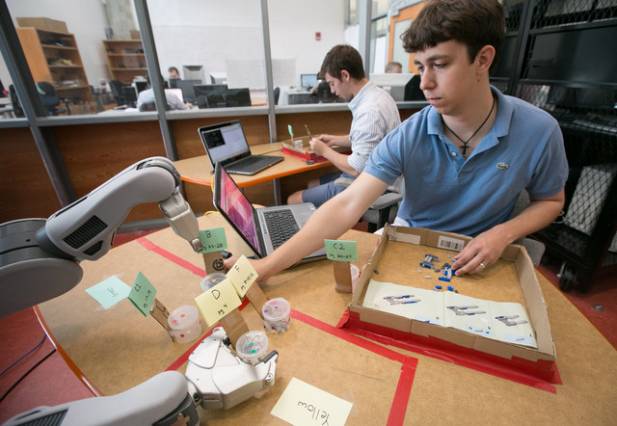 “In our research we were seeking to find that sweet spot for ensuring that the human workforce is both satisfied and productive,” says project lead Matthew Gombolay, a Ph.D. student at CSAIL. “We discovered that the answer is to actually give machines more autonomy, if it helps people to work together more fluently with robot teammates.”

The study looked at how a human worker reacted when tasked by an automated scheduling algorithm. Twenty-four participants were included in the experiment, and each experiment consisted of two humans and one robot. The humans and robot worked together in three different conditions: manual, where the humans assigned all tasks; fully autonomous, where the robot assigned all tasks; and semi-autonomous, where one human allocated tasks to himself and the robot allocated tasks to the other human. According to the study, the fully autonomous condition was preferred by the human workers and also the most effective for the task.

The results indicate that having humans over robots in charge of the decision-making process leads to poor worker satisfaction and degrades performance, according to the researchers. But the idea of robots leading humans may send some in a tailspin. Gombolay said giving robots control doesn’t mean a team of cyborgs will rule us; it means that tasks can be delegated, scheduled and coordinated through a human-generated algorithm.

“Instead of coming up with a plan by hand, it’s about developing tools to help create plans automatically,” he said.

The human-generated algorithm would also be able to provide on-the-fly rescheduling if needed.