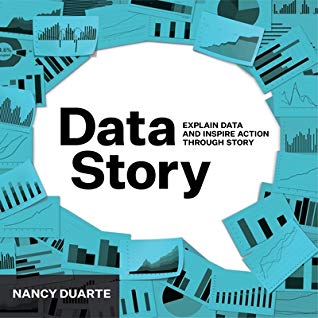 Companies are obsessing over data — whether it’s gathering data, analyzing data, or gaining insights from that data. But perhaps they’re not making the most of that data.

The biggest challenge when it comes to data is not in the collection, storage, or analysis of that data, it’s how to effectively use that data to drive business decisions, according to communications expert Nancy Duarte in her new book, Data Story.

Duarte believes that data scientists need to become better storytellers in order to communicate their data more effectively. “I’m not asking you to embrace fairy tales or incorporate any sort of creative fiction into your data process,” Duarte told SD Times. “Instead, you’ll utilize stories with a structure so inherently powerful, others can recall and retell it. Story also has the ability to help the listener embrace how they may need to change, because the message transfers into their heart and mind.”

In Data Story, Duarte cites the book Made to Stick by Chip and Dan Heath, where the authors recount doing a classroom experiment where students had to give a one-minute speech about crime statistics. The students used, on average, 2.5 statistics in their presentation. One in 10 told a story. Afterwards, the students were asked to recall the speeches. Only 5 percent remembered specific statistics, while 63 percent remembered stories.

This example translates well to the business world. If you’re giving a presentation to your CEO, you don’t want to give them raw data, you want to translate that data into a human-ingestible form, such as what that data means to the business.

The purpose of data is two-fold, Duarte explained. “You’re either going into it to fight a  problem or to identify an opportunity,” Duarte. “And so once the problem or opportunity has been identified and a data scientist frames it in the shape of a story, it’s more easy to understand.”

And as Duarte explained in Data Story, a 2018 study conducted by LinkedIn revealed the biggest skills gap in the workforce is with soft skills and communication. In addition, a study by Burning Glass Technologies showed that employers expect “data scientists to be more proficient in soft skills than almost all other jobs.”

According to Duarte, effective communication is all about empathy. “Communicating data effectively isn’t about creating sexy charts and showcasing your smarts. No, it is about knowing the right amount of information to share, in what way, and to whom,” she said.

Data Story will teach people how to explain data through the lens of empathy, spark action through story structures, craft recommendations that are likely to be approved, write clear observations or charts, structure and layout a Slidedoc, and inspire others with data.

By improving your communication and storytelling skills, you can become a better data scientist and help to drive business decisions that otherwise wouldn’t happen, Duarte added.