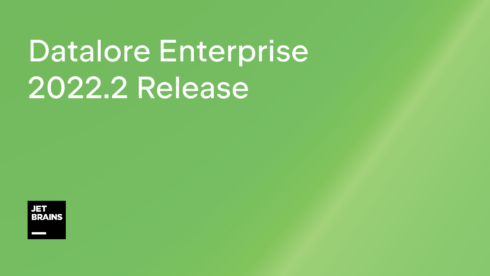 JetBrains announced the launch of Datalore Enterprise 2022.2, an update to its collaborative data science and BI platform for teams, available on-premises and in the private cloud.

The new version can be set up in AWS, GCP, Azure or an on-premises machine with the new Docker-based installation. Users can also migrate to Kubernetes later on or right away.

“Today we are happy to introduce the Docker-based installation for Datalore Enterprise and a bunch of other ways to streamline your data science team work,” says Alena Guzharina, the product marketing manager at Datalore. “We at Datalore team strive to build a fully collaborative environment for data scientists that helps them deliver fast and reliable data insights to business, and with this release we make a step forward towards our goal.”

Datalore 2022.2 also added collaboration on attached files to get a fully collaborative experience by editing Python scripts and database integrations have been improved to include the ability to limit DB’s schema for introspection to speed up the initial introspection and make schema navigation easier.