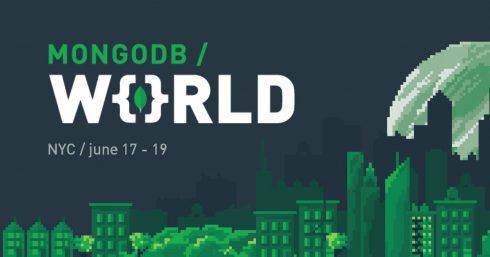 MongoDB is looking to expand itself beyond databases and transform into a data platform company. The company made a number of data-focused announcements as well as serverless and security features at its MongoDB World conference this week in New York.

“We strive to help developers be more productive and remove infrastructure headaches — with additional features along with adjunct capabilities like full-text search and data lake. IDC predicts that by 2025 global data will reach 175 Zettabytes and 49% of it will reside in the public cloud. It’s our mission to give developers better ways to work with data in public and private clouds,” said Dev Ittycheria, CEO and president of MongoDB.

MongoDB Atlas Data Lakes enables users to query data on S3 in any format such as JSON, BSON, CSV, TSV, Parquet and Avro. Full-Text Search enables users to filter, rank and sort through data for deeper insights without worrying about additional infrastructure of systems. MongoDB Charts is designed for chart and graph creation as well as building, sharing and embedding dashboards.

In addition, the company announced it is bringing its MongoDB Query Language to the Atlas Data Lake, which will enable developers to leverage the same query language across their data.

MongoDB also revealed its plan for its acquisition of Realm it made last month. The company will merge the mobile database and synchronization platform with its serverless platform MongoDB under the Realm name. According to the company, this will enable developers to work better with their data throughout the entire application life cycle.

“The founding principle of MongoDB was to give developers a better database so they could focus on building great applications. We realized that by acquiring Realm we can extend that mission further up the development stack for data-intensive web and mobile applications,” said Eliot Horowitz, CTO and co-founder of MongoDB. “By combining Realm’s wildly popular mobile database and synchronization platform with the strengths of Stitch, we will eliminate a lot of work for developers by making it natural and easy to work with data at every layer of the stack, and to seamlessly move data between devices at the edge to the core backend.”

The company expects this plan should be completed in 2020.

Lastly, an updated version of the company’s core database was released with distributed transactions, field level encryption and an updated Kubernetes operator.

MongoDB 4.2’s new distributed transactions extend multi-document ACID from replica sets to sharded clusters. The new field level encryption now enables encrypted fields on the server to be turned  into ciphertext. It also adds automatic and transparent encryption, separation of duties and regulatory compliance. The Kubernetes control plane will enable full management of a users MongoDB development whether they are on-premise, or in a private, hybrid or public cloud.

“When we founded MongoDB we wanted to give developers an easier way to work with data – wherever it lived in the stack,” said Horowitz. “To be able to provide great new features that will make them more productive so they can spend less time wrestling with data and more time building great applications is extremely gratifying. And, most importantly, these features work and feel like the tools they are already used to so they will experience a vastly improved database experience with a short learning curve.”