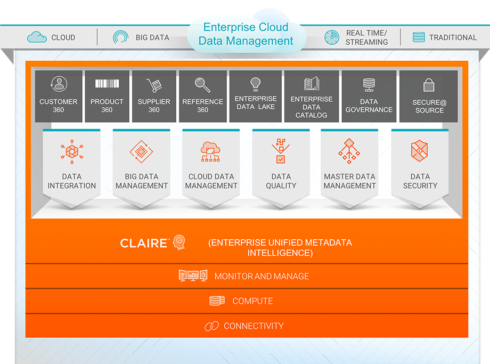 Informatica announced several AI-powered updates to its Intelligent Data Platform, including an AI-driven catalog of catalogs, a data marketplace and a data quality cloud.

According to the company, key updates for the catalog include new advanced metadata scanners for business intelligence tools, data provisioning and improvements to its performance and scalability with Spark profiling.

The full details on the updates are available here.

“With the Bonita platform and its add-ons, we are offering more options that empower citizen developers in specific ways, not to create full freestanding enterprise apps, but rather to be able to collaborate more effectively with the developers, DevOps, and system administrators, and others in the automation project technical team,” said Miguel Valdes Faura, the CEO of Bonitasoft.

Crystal 0.32.0 released
Crystal 0.32.0 has been released with improvements in std-lib and tools and important changes in concurrency. Crystal is an object-oriented programming language.

The latest release also includes some language changes such as the boolean negation method ‘!’ now being called as a regular method call as ‘expr !.’

The full list of changes in the new release are available here.

With the new SDK rolling out next week, developers and creators now have the power to unlock controller-free hand interactions in Quest apps for the first time, the company explained.

“We hope hand tracking will make VR more approachable for newcomers to try by removing the need to learn controller functions. And for those who own Quest, when the hardware melts away you can be fully immersed in the magic of VR while connecting with others in a seamless, intuitive way,” Oculus wrote in a post.