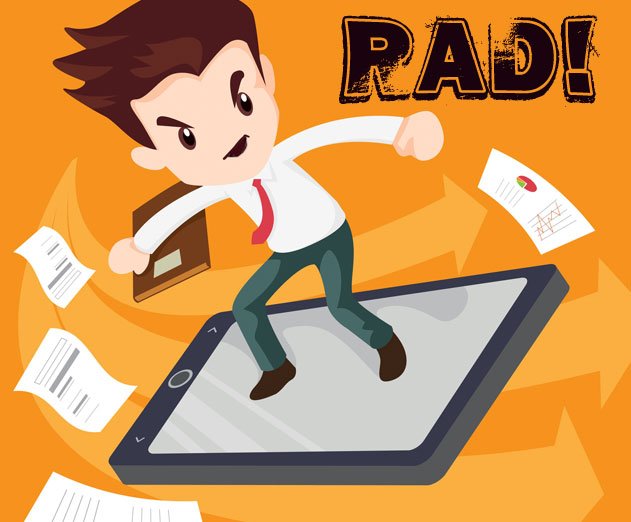 WaveMaker released major updates to its platform as a way to help enterprise developers create hybrid mobile apps developed on any technology stack.

According to Vijay Pullur, CEO of WaveMaker, hybrid mobile apps offer a path between both responsive web apps and native apps. But the challenge is that building hybrid apps in the enterprise requires integration with back-end data. This gets complicated by the fact that data can be either internal or external to the enterprise, and data could be on-premise or in the cloud, he said.

To tackle the challenges of building hybrid apps for the enterprise, WaveMaker now supports the integration of apps developed on any stack, including Java, .NET, Node.js, PHP, Python or Ruby. Since it supports hybrid mobile apps with REST-enabled APIs, the platform eliminates the need to deploy or manage additional server-side components required to access data from internal and external sources, he said.

WaveMaker’s release is timely, especially since the current state of enterprise mobility has enhanced the need for new apps that work on a large range of devices, said Pullur.

“Many enterprise Apps need to work on multiple devices including PCs and laptops, and hence the need for a common back-end that can serve multiple front-end devices (loosely coupled through an API),” he said. “The best practice for post-web-era applications is to publish an API that lets back-end services and end-user front-end development (app evolution, that is) happen independently.”

Besides the addition of REST-enabled integration, WaveMaker updated its API Designer to automate the creation of new REST APIs for things like business logic and legacy services, which simplifies the integration of hybrid mobile apps in the enterprise, said Pullur.

Since integration can be complex for some enterprises building mobile apps, WaveMaker introduced a drag-and-drop approach for the platform, so enterprises can take an agile approach to deliver front-end features with back-end integration.

To speed up the delivery of secure mobile apps, WaveMaker has also extended security so mobile apps are protected from threats like Cross Site Scripting and forging attacks. Support for OAuth 2.0 authorization allows for integration of mobile apps with third-party services, and WaveMaker’s Single Sign-on integration makes sure there is security throughout all mobile applications.

Pullur said that the road map for the platform includes more business components that can be used for app composition, like charts, social widgets, document management, and chat windows. The company also wants to add the ability to build real-time apps and test mobile apps without installers, he said.