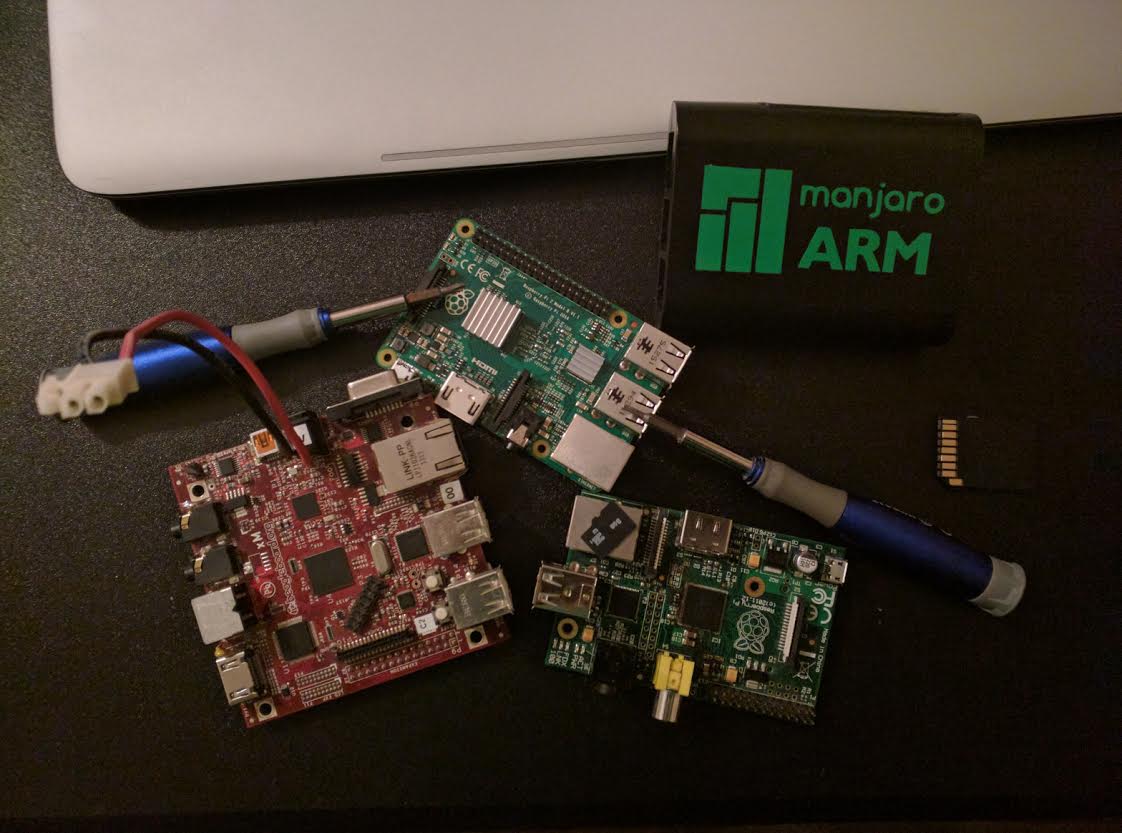 Manjaro-Arm provided a simple out-of-the-box solution for Linux on embedded boards since 2015, but due to its lack of contributor involvement, the project’s sole maintainer announced that it is shutting down.

Manjaro-Arm is a Linux-based distribution for embedded devices like the Raspberry Pi 2 & 3 and ARM-powered embedded devices. Much like Manjaro, the user-friendly Linux distribution based on the Arch operating system let users simply dump an OS image onto an SD Card and boot: “Nothing more, no configuring, no fixing of standard problems, just simplicity,” said project lead Josh Crowder.

Crowder said the closest thing to the Manjaro-Arm project is Arch Linux ARM, a distribution of Linux for ARM systems, which is basically what Manjaro-Arm’s minimum edition was—without the Manjaro-specific items, he said.

Since Crowder and the other Manjaro-Arm project lead Dan Johansen started, they implemented a way to get packages from Arch Linux ARM, putting their own Manjaro packages on top of that and getting them signed with GNU Privacy Guard keys.

They also created a build server to handle the package building so maintainers wouldn’t have to do that. Johansen noted that the regular Manjaro team did not help to make this a reality; it was solely a community effort, he said.

Maintaining Manjaro-Arm ‘not an easy task’
Without community support, it can be difficult for a sole maintainer to run an entire open-source project. This is what Crowder ran into in the past year, and while he received offers for help running the project, nobody could take it over alone.

“Sadly we just did not have the user base that we had hoped for,” said Crowder. “I can’t expect everyone that used Manjaro-Arm to contribute back, but there were not enough to provide a steady inflow of help. If I had more time, I would continue the project if even one person was just using it. I just have none.”

Despite being stretched thin, Crowder said that they were able to provide users an option if they did not function well in Debian/Ubuntu-based distros, which cater to new and advanced users alike.

“It all comes down to preference and options, something we all should have,” said Crowder. “I just attempted to provide yet another option to the multitude of options.”

Crowder has used Linux for the better part of 15 years—and Arch Linux for close to a decade—and to him, there is “simply nothing better.” Linux is more than just software, he said; it’s a “work of art,” and to realize that Linux and each distro specifically is made up of so many community members working together to accomplish a goal is “nothing short of amazing,” he said.

“I have spent many hours helping people learn how to use Linux and will continue to do so,” said Crowder. “It is my duty to pass that knowledge to others so that the next person can contribute back to the community.”

Although it’s time to say farewell to Manjaro-Arm, Crowder said that he is not completely finished with the project. Manjaro-Arm’s website, forums and repos will remain active for some time, with the package-adding service, wiki, and bug tracker shutting down on April 1.

The website and forums for Manjaro-Arm will close on June 1, and the software repo will stay open until May 1. But this is only for the main repo at repo.manjaro-arm.org. The development and bug fixes, package building, and releases have already been shut down.

But, it saddens Crowder to think that Manjaro-Arm will just disappear, and he is hoping that another user will take it over. He said he is willing to sit down and teach a new user everything he learned while doing the project and how he or she could potentially pick up where he left off, he said. He’s even offered to continue hosting the site and software repos until a transition can be made.

“Manjaro-Arm has been extremely rewarding, and I hate to see it come to an end,” said Crowder. “If it helped at least one person learn a few things about Linux, it was a success in my eyes. We need people to realize the options of software that are available to them and use what is best for them.”