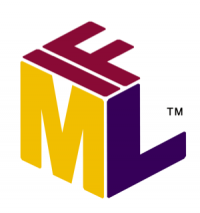 “Front-end design of Web applications is a complex and multidisciplinary task, where many perspectives intersect,” said Marco Brambilla, associate professor of software engineering at Politecnico of Milano and member of the OMG. “It requires skills spanning communication, graphical design, software development, system integration, usability and user experience design. Companies will need better tools and methods to make their way in the jungle of platforms, frameworks, toolkits and languages. IFML is one such tool.”

According to Brambilla, IFML delivers all the main features of interface development in an easy-to-use visual notation to provide platform-independent agile design and code generation. In addition, the specification allows developers to specify the user interface and interaction options individually.

With IFML, developers can also cut their front-end development and maintenance costs by up to 70%, according to him. This is due to the fact that IFML “covers the gap of UI specification through model-driven development,” he explained.

“Thanks to IFML, pretty much any aspect of software and system specification can be covered through model-driven approaches,” Brambilla said. “In turn, this enables quick prototyping cycles with very high efficiency, because all the effort can be focused on the value-added phases of requirements collection and software design, while leaving implementation of prototypes to automatic mechanisms.”

“OMG recognized how critical the front-end development is for any software project,” Brambilla said. “The need to cover the gap of UI specification through modeling has become urgent. Any sector is nowadays demanding better interfaces. IFML is the response to this, and OMG is committed to covering this aspect of the design tool.”

IFML works with traditional Web apps, rich Internet apps, mobile apps, client-service apps, desktop apps, and multi-channel and context-aware apps. It does not provide modeling for presentation issues nor does it cater to bi-dimensional and tri-dimensional interactive apps.

WebRatio, designer of IFML, will demonstrate how to apply IFML to real-world applications on March 25 at the OMG technical meeting in Reston, Va.