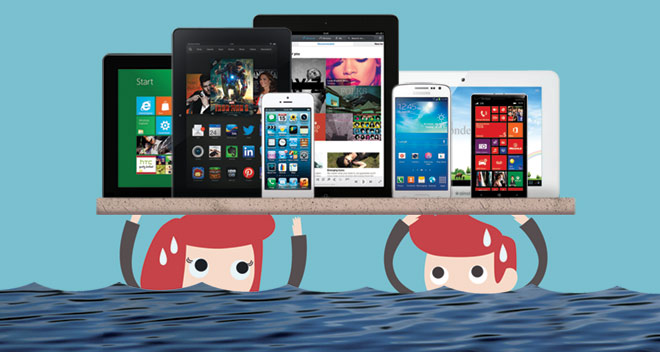 Being a software tester is no easy feat, especially when technology is constantly changing. In the past, when testers had to assess an application, they didn’t have to worry a whole lot about different operating systems, devices or screen sizes, according to Joe Schulz, director of mobile testing at Orasi.

“We have lots of different devices and form factors to have to test for now, whereas before in a Web-type application we just had to worry about TCP/IP as the protocol and Windows as the operating system,” he said. “We didn’t worry a whole lot about screen formatting, and we have to do all of that of course in mobile for the phones.”

Today, mobile application testers not only have to worry about these different devices, operating systems and form factors, but they also have to keep up with the number of devices and updates being released and whether or not their application is going to work when a new device or version of an OS comes out.

“If you take the last 60 days as an example, Apple has dropped a new release of iOS; Android is out with Lollipop; and in between them we have six or seven brand new devices,” said Don Addington, CEO of Mobile Labs. “We have to go back and see if the stuff we wrote last year and the year before works on these new environments and these new devices.”

Mobile testing strategies
In this new mobile world with the pressures to develop for multiple form factors faster and get to market first, software testers are left with little time and a lot of work. But with some guidance and recommendations, testers can keep their heads above the water from the flood of devices.

Test on real devices: Testers will often try to use an emulator first because it is free and easy to download, according to Schulz. But since emulator testing is done on the desktop, there isn’t any assurance that it will work on the physical hardware a customer is using. “Moving to production without testing on real devices at some point is probably the biggest mistake I see people make,” said Schulz.

Test on multiple devices: “You want to test on as many devices as you think your constituency is going to be using,” said Addington. With the variety of mobile phones comes different screen sizes for those phones, and testers should cover all their bases by ensuring their application looks good on all the devices no matter the model or size.

According to Schulz, there is no guarantee that functionality and quality are going to work across all devices unless they are tested for. “They have to be looking at a couple of dozen devices to make sure they are covering at least the 80% of their customers’ environments,” he said.