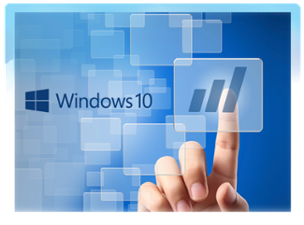 Microsoft has provided developers with a manual way to migrate their Windows Phone 8.x apps to Windows 10, but Mobilize.Net wants to automate the process. In partnership with Microsoft, Mobilize.Net has released a Silverlight bridge that brings Silverlight apps to the Universal Windows Platform (UWP) on Windows 10.

The bridge allows developers to parse and analyze source code and automatically convert references to the Windows 10 API, and it includes 2,300 mappings to help with the migration.

“Once you use the tool to bring your app to the UWP, your app will have all the power of a UWP app, including the ability to—from a single codebase—run on a PC, phone, Xbox, HoloLens, or even a Raspberry Pi,” wrote Clint Rutkas, program manager at Microsoft, in a blog post.

In addition, the company is providing a wiki where developers and share best migration practices, common scenarios, solutions and workarounds.