Ghost, goblins, and ghouls are not the only thing you have to worry about this month! This month, and every month, development teams fear “The Nightmare Before DevOps Testing.”

There are plenty of things that can go wrong in a DevOps transition, but to help testers avoid DevOps nightmares, LogiGear has released an infographic based on real-world DevOps encounters. 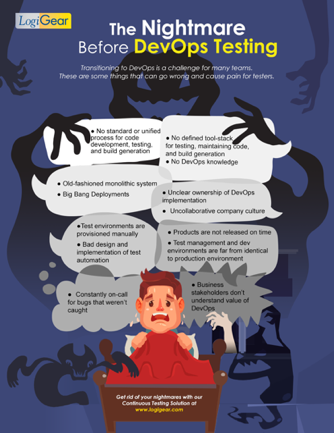