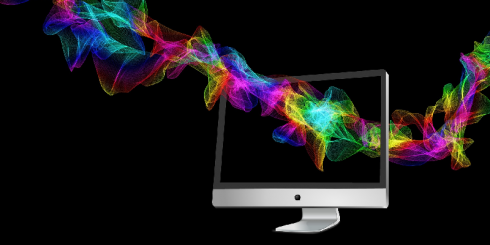 Large organizations often have development teams dedicated to mainframe and non-mainframe development.  Both teams must embrace DevOps practices to meet time-to-market and quality imperatives, but they’re using different tools and operating at different speeds.  Compuware bridges the gap with a comprehensive DevOps toolchain for enterprise DevOps. With it, software organizations can build, test, manage and deploy all of their code inside an Eclipse-based IDE.

“If you’re going to keep pace with market demands, you need to get software changes and updates out faster regardless of what kinds of applications you’re building,” said David Rizzo, VP of product development at Compuware. “We allow you to innovate on any system using modern tools in a modern way.”

Compuware’s DevOps offerings include Topaz, a modern Agile platform for mainframe development that includes an Eclipse-based IDE; Topaz for Total Test, an automated unit testing solution; and ISPW, a source code management and deployment automation solution.  The tools enable any developer, regardless of experience, to understand and work on any program, no matter how old or complex.

Topaz
A recent Compuware-commissioned Forrester Consulting study found that 64% of respondent organizations plan to run more than half their mission-critical workloads on a mainframe by 2019.  Meanwhile, they are only replacing one-third of retiring experts. Organizations need force-multiplying mainframe DevOps tools that enable them to manage growing workloads with fewer workers.

Topaz is that force multiplier and the foundational element of Compuware’s DevOps toolchain.  Its Eclipse-based IDE serves as a front end to Compuware’s mainframe products, enabling users to interact with those tools in a modern environment, so critical for mainframe-inexperienced developers.

“Our DevOps toolchain includes familiar cross-platform partner tools from SonarSource, XebiaLabs, Splunk and many others so firms can have a common tool chain across the enterprise,” said Rizzo.

Customers can now install Topaz in their AWS instances, providing an infinite number of users with a common experience.

Topaz for Total Test
Coding and testing go hand in hand.  Topaz for Total Test automatically generates unit test cases as developers write code and debug changes.  The tool also saves the test data so testing can be done without a live system.

“Instead of relying on static or production data which may be out of date, you’re able to keep test data up to date.  You can create individual test cases or multiple test cases simply by manipulating the data,” said Rizzo. “Those tests can be added to an automated test suite so they can run any time they need to and ensure that a developer’s changes aren’t hurting code quality.”

“We acquired ISPW because our customers want their developers to be more productive,” said Rizzo.  “ISPW allows for multiple code paths and integrated changes in the same code.”

ISPW continuously merges code changes so different developers can work on the same piece of code simultaneously without losing their respective changes or introducing incompatible changes.

With ISPW, developers can deploy software changes through multiple testing stages as well as across disparate production environments concurrently.

“Applications aren’t either mainframe or distributed anymore; they’re multiplatform applications,” said Rizzo.  “ISPW enables concurrent multi-platform deployments, tracks all the pieces and allows you to do rollbacks. That way, if there is an issue with a deployment, rollbacks are fast and simple to do.”

Compuware developers have been able to double their code output over the past three years.  Meanwhile, customer requests for bug fixes have diminished year-over-year.

“Public and private companies around the world are all facing the same challenge:  their mainframe is still the most important piece of hardware they own and they want to implement DevOps,” said Rizzo. “Topaz, Topaz for Total Test and ISPW collectively ensure the quality and timely delivery of all your enterprise software.”