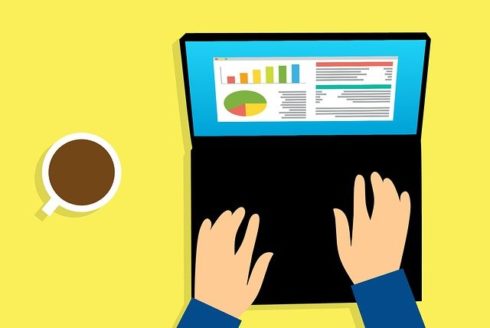 The best way to deliver great app experiences consistently is to have visibility and control over what’s happening in production. In today’s real-time world, organizations can’t afford gaps between software development and IT ops. While a DevOps process helps bridge the gap, developers need to understand what’s happening in production and be able to intervene in real-time. With Rookout, developers can interact with app code in real time from wherever they are regardless of whether the app is a legacy, desktop, web, mobile or IoT app.

“Development teams are being held increasingly responsible for how their software performs in real world production environments. They need to understand what’s happening and be able to take appropriate action instantly,” Liran Haimovitch, co-founder and CTO of Rookout.

However, neither IT ops nor security want developers meddling with production systems. Simulators and emulators provide safe production-like environments, but they don’t provide complete visibility into actual code in production nor do they allow a developer to interact with the code.

“Developers need more granular data than ops people,” said Haimovitch. “The problem is that ops tools weren’t designed for developers, so they don’t show developers the data they need.”

With Rookout, developers get actual production-level insight that’s safeguarded by the organization’s governance and security policies.

“Developers are constantly asking questions such as who’s calling that function? What arguments are being used to call that function?” said Haimovitch. “They could dig into the logs, but if the logs aren’t there, then data collection code needs to be added manually.”

If the redeployment cycle of the code takes a few hours, a week or a quarter to deliver the data the developer needs, the developer has already moved onto many other issues and their contexts. Prob

lem-solving momentum is lost because the developer needs to “come up to speed,” again.

“Keep in mind that for every developer this is happening constantly throughout the day and organizations have thousands of developers, so the impact is enormous,” said Haimovitch. “Everything should be as data driven as possible to save time and achieve higher quality. At the same time, you want instant feedback you can act upon right away.”

With Rookout, developers can achieve five to 10 iterations in just a couple of minutes while the situation and its context are still top of mind. What’s more, the software changes do not introduce security, compliance or other risks because the risk mitigation policies have already been defined by security and IT ops so they can be enforced by Rookout.

Access Code Throughout the SDLC
Rookout can be used from the earliest stages of the SDLC to produce higher quality code. For example, if an app needs to be updated and the task is being planned, Rookout empowers developers go beyond reading the statis code and to actually observe it in action to understand how it behaves.

Meanwhile, enterprises are trying to enforce software engineering standards which is difficult to do when the different types of apps require different tooling. Rookout works across all applications and environments.

“Software infrastructure is becoming more production first, whether it’s serverless, Kubernetes or cloud environments, but developers can’t use their traditional tools so you need cloud and production monitoring tools for your development environments but they don’t provide debugging capabilities,” said Haimovitch. “Rookout gives you almost the same debugging experience you would get from within your IDE.”

Wherever in the SDLC, whatever the app, Rookout enables faster iterations whether it’s fixing a bug or rolling out a new feature. And, if the app is running on a remote physical device or a virtual machine at a customer’s site, developers can connect to it and collect data securely without asking the customer to upgrade just so the developers can access the data.

Rookout Also provides every developer on the team with the data they need to troubleshoot, so senior resources can spend more time writing important features and making infrastructure changes.

View all posts by SD Times
.