DevOps practices continued to morph and expand in 2020 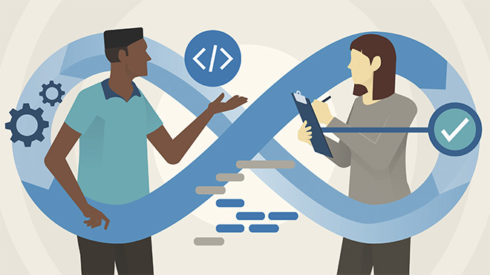 The practice of DevOps — bringing Agile development together with changes in infrastructure for running cloud-native applications — has changed the development industry over the last decade.

And it has done its job well. A Fortune Business Insights report released in January of this year projected the size of the DevOps tools market will reach $14.9 million by 2026, noting that in 2018, it was only a $3.7 million market.

Integrations, mostly through APIs, have brought testing, governance and security right into the development pipelines of many organizations, facilitating a “shift left” that has left some developers feeling put upon and more than a bit overwhelmed, though more are buying in to taking on those responsibilities.

In 2020, we saw DevOps continue to expand into areas such as value streams, GitOps and most recently BizOps.

Value stream management came to software development from the manufacturing world, where eliminating bottlenecks and gaining efficiencies in product delivery were the goal. The same is true in software development, only trickier because the number of moving pieces is greater and the final product isn’t always the same.

After a core group of companies defined and led the market — CloudBees, ConnectALL, digital.ai (which formed this year as the combination of CollabNet VersionOne and XebiaLabs), HCL Software, IBM and Plutora — this year saw a second wave of companies bringing tools to the market even as the number of consulting companies using value streams has increased.

In fact, in a “Predicts 2021” paper released in early October, analysis firm Gartner said that by 2023, 70% of organizations will use value stream management to improve flow in the DevOps pipeline, leading to faster delivery of customer value.

And, in July, VSM DevCon, a virtual training event around value stream management, was launched by D2 Emerge, the parent company of SD Times, and attracted more than 500 attendees. The next event is scheduled for March.

Also in October, a small consortium of companies, led by Broadcom, produced a BizOps Manifesto, which they say is the next evolution of DevOps. Where DevOps has made great strides in tying development more closely to operations, BizOps seeks to do the same thing with development and operations being more closely tied to business outcomes.

The manifesto itself decrees that business outcomes are the primary measure of success for an organization. that business leaders need to make informed technology investment decisions that drive business growth, and that requirements should change frequently based on changes in the market, as well as changes in customer and business requirements.

Meanwhile, GitOps continued to gain traction as organizations derived value from keeping their infrastructure configurations and applications inside their code repositories for greater speed and flexibility of software deployments.

In April, Intuit created Argo CD and it became an incubator project at the Cloud Native Computing Foundation. Red Hat is helping with development and said it is integrating Argo CD with its OpenShift Kubernetes platform.

Last month, CodeFresh created GitOps 2.0 to provide, in its words, patterns and standards that improve software delivery and reliability. The company said GitOps 2.0 will address an observability gap that existed before, as well as issues of dealing with multiple environments and secrets.

Value stream management isn’t new; It has its origins decades ago in manufacturing