Puppet prepares for new era of DevOps at Puppetize Live 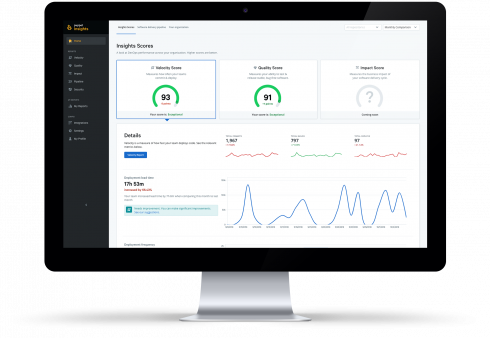 Delivery and operation automation company Puppet announced a series of DevOps, continuous delivery and continuous integration product launches and updates during its Puppetize Live conference in San Francisco today. CEO Sanjay Mirchandani said in the announcement that the announced tools are designed to “make DevOps transformations data-driven and automatic.”

Puppet Insights
The company highlighted the release of Puppet Insights during the conference, a new performance metrics monitoring platform, which the company explained will help DevOps teams more easily identify where their processes are lacking through easy-to-use dashboards and reporting tools.

Puppet Insights was also “built to help technology leaders measure the impact of their DevOps investments by aggregating, analyzing, and visualizing data across the entire toolchain,” Puppet senior director of product Alex Bilmes wrote in a blog post about the release.

Puppet Discovery 1.6 & Vulnerability Remediation for Puppet Discovery
The new release of the company’s resource monitoring solution packs in support for OpenStack hosts; complex filtering of hosts and packages; package management for installations, upgrades and uninstallations on Windows and Linux hosts; ad hoc command execution on Linux and Windows; and a localization to Japanese.

In addition, the company has launched the beta of Vulnerability Remediation for Puppet Discovery, a tool which works to search out vulnerabilities, giving teams greater insight for getting them fixed quickly.

“By integrating with leading security providers like Qualys, Tenable, and Rapid7, Puppet eliminates the traditional manual handovers like spreadsheets and offers a seamless workflow to prioritize critical IT assets in order to take immediate action on the most vulnerable systems,” Puppet senior product managers Bill Tang and Jonathan Stewart wrote in a blog post.

“For Puppet Enterprise 2019, we’ve combined our robust ongoing agent-based solution with an agentless option that gives customers the ability to automate faster,” Eric Sorenson, director of product management at Puppet, wrote in a blog post. “Additional features include job flexibility and stepped up secrets management.”

Puppet Enterprise 2019 updates the tool with support for the Puppet 6 Platform, which Sorenson writes introduces improvements to secrets management and certificate authority, and “a modernized Resource API to help authors create modules with types and providers.”

Puppet Bolt 1.0
Puppet announced the release of Puppet Bolt 1.0, an update to the “open source, agentless multi-platform automation tool,” which introduces updates that senior product manager Yasmin Rajabi explained were based on community feedback, including support for Puppet Forge modules.

“Puppet Bolt makes automation much more accessible without requiring any Puppet knowledge, agents, or master. It uses SSH or WinRM to communicate and execute tasks on remote systems,” Rajabi wrote in a blog post. “Your teams can perform various tasks like starting and stopping services, rebooting remote systems, and gathering packages and systems facts from your workstation or laptop on any platform (Linux and Windows).”

Community-driven features of the release include an extension that allows the platform to take advantage of more than 5,000 Puppet Forge modules, easier installation, task management and quicker deployment.

Puppet Pipelines support for Helm
Finally, the company announced support for building and deploying applications to Kubernetes via Helm charts.

“You can now deploy Helm charts mapping the container images to newly-built images all via Puppet Pipelines for Containers,” engineering product manager Carl Caum wrote in a blog post. “This is all with the goal of making it simpler for you to automate the entire CI/CD workflow for both your application code (delivered via containers), and also for Kubernetes resources (delivered via Helm charts).”