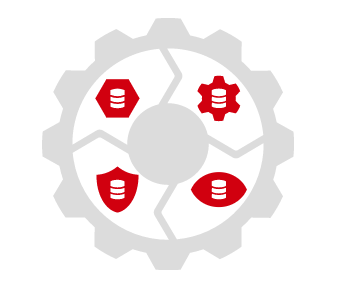 Redgate Software, which builds tools for developers and data professionals, is about to celebrate the 20th anniversary of its SQL Compare tool.

Kendra Little, DevOps advocate at Redgate said, “This product has evolved quite a lot over the last 20 years, but the technology is still at the heart of a lot of our products because a lot of what SQL Compare originally did was just help people compare databases,” she added. “We want to help people develop in a simple, intuitive way, and know how to adapt this tooling with other tools as much as possible to create a solution that helps people avoid manual work and create quality code for databases.”

GDPR has had a big impact on the solutions in the space. The company has created technology that helps people implement guardrails for their databases around sensitive data. “Guardrails have become more common in this area since GDPR has started because we need to be able to foster innovation more than ever, but we can’t just let the data be at risk,” Little pointed out. “We have to protect it by design. In the software development lifecycle, we enable ways for people to use realistic data that has been masked so that you can do things like on demand, create environments, provision databases, but you’re not just copying around risky data.”

The mission of delivering a compliant database service for Redgate is guided by the philosophy to meet people where they work and support them throughout their DevOps journey. It knows starting a DevOps initiative is tough and there are a lot of cultural and technology changes that have to happen. Little explained, “We want to help people continue to use familiar tools that they like, and we want our solution to map into that. We also recognize that the way they work is going to evolve over their journey.”

The cultural changes that have to happen for people to start DevOps are significant. Developers can be resistant to DevOps, even though it’s a very developer-focused discipline. The database area is particularly siloed. It’s common for database specialists to be in a gatekeeper position for production, and for developers to try to throw changes over the walls. The cultural changes in DevOps require shifting this relationship dramatically and finding ways to bring these specialists into the process early in the development lifecycle. Little said, “A lot of what we help folks with is to identify the places in their process where they can bring these people in and what’s the most effective way to make the best use of everyone’s time. You can’t have your specialist just attend six or seven meetings every day. That doesn’t work.”

Redgate’s Compliant Database DevOps stands out from its competitors because it does not require developers to learn to use a new development environment. It creates extensions that hook into environments and tools that its customers already use. The automation components enable people to work with scripting and provides graphical extensions for tools like Octopus Deploy or Azure DevOps so developers can use their orchestration functionality. “One of the latest things we’re working on that’s in our early access program right now, is a way that developers who prefer to use Microsoft Visual Studio can work in Visual Studio and collaborate on the same project with database administrators who are using SQL Server Management Studio,” adds Little.

Developers tend to be quite nervous about changes to a database and one of the philosophies of DevOps is, if something causes you pain you should do it more so you get used to it. Little said that the guardrails in Compliant Database DevOps reduce risk and allow developers to keep all of the benefits of practices that they’ve been using to produce quality code for applications for years, but now they have the ability to do that for databases as well.

Little attended a Gartner Architecture conference and found that people were surprised that you can do DevOps to the database. She believes this is an area where Agile has been taking over. The problem she sees is when people implement Agile they tend to implement the lowest hanging fruit first, and at the application level only, without realizing there are other areas where they can implement. “So essentially the central problem that people hit even after doing an Agile initiative is they end up having what we call a two speed culture, where they can deploy these application changes really fast but as soon as they have to touch the database, everything slows down. When you explain you can apply Agile methodologies to the database, and you can do DevOps to the database, people are amazed.”

Tough problems can now be solved using Agile with DevOps. There’s been such a fixed mindset about this that even explaining to people that, “Yes, you really can do this successfully!” is absolutely a mind-blowing, mind-opening thing.