The conversation about Agile and DevOps is far from over 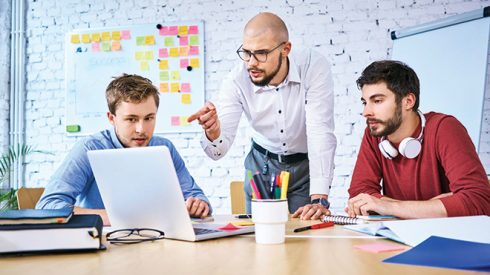 By now, Agile and DevOps are proven methodologies and well known throughout the software development industry, but their stories are not over yet. Although the idea of Agile has been around for over a decade now with DevOps following closely behind it, there are plenty of organizations still looking to expand and improve their implementations.

GitLab declared in March that 2018 would be a big year for DevOps, with its 2018 Global Developer Survey revealing the demand for DevOps continues to grow. The company would go on later that year to raise $100 million for its DevOps vision. The company’s Concurrent DevOps vision aims to break down barriers, build features for each DevOps stage in one app and provide the ability to manage, plan, create, verify, package, release, configure, monitor and secure software more easily. The company’s 11.0 release came with the general availability of Auto DevOps, a concept aimed at helping developers deliver their ideas to production faster and accelerate the enterprise DevOps adoption.

ServiceNow announced a new enterprise DevOps offering in May as part of its app development services. According to the company, 80 percent of companies are expected to adopt DevOps principles in the next two years. Enterprise DevOps was built to include both IT Ops and development teams. IT Ops wants control, transparency, security and governance while developers want agility, flexibility and speed, ServiceNow CTO Allan Leinwand explained.

JFrog also turned its focus to enterprise DevOps throughout the year with the release of Enterprise++, a $165 million round of funding to accelerate universal DevOps within the enterprise, and the acquisition of DevOps consulting company Trainologic.

Electric Cloud wrapped up the DevOps year with the release of ElectricFlow 8.5, designed to enable users to do “DevOps your way” with new Kanban-style pipeline views, CI dashboarding capabilities and object tagging for customer reporting and improved searchability.

Meanwhile, in the Agile space, businesses struggled with going back to the true meaning of Agile. According to Atlassian’s head of R&D Dominic Price, somewhere along the way we lost what it was meant to be Agile. “A lot of teams have been going through the motions and keeping the rituals because ‘that’s what we’ve always done.’ Instead of looking at why they started doing something or how it adds value to keep using a practice or framework, the team has gone on auto-pilot,” he said.

The Agile 2018 conference in August aimed to change the conversation from worrying about the process to worrying about what users were getting out of the process. “Businesses say we want to build better products and if we happen to do that faster, then that’s great,” sain Shannon Mason, VP of product for CA Agile. “But if you ask them what did they end up doing, they find they built a lot of things faster, but they don’t know if they are actually building things that are better.”

Instead of concerning themselves about the output of Agile, businesses have started to look more at the outcome. Outputs measure what you produced while outcomes measures the results or value of what you produced. The Agile mindset shifted from velocity to business agility, with businesses more away of what they were building and how satisfied customers were.

“If you build the right thing, you are more likely to be a successful business,” said Zubin Irani, CEO of cPrime. “People are very focused on velocity and output, and they are not focused on the quality of that ot the business impact. We are not doing Agile to do Agile. We are doing Agile to solve a business problem or take advantage of business opportunities.”

As we continue into 2019, we can expect Agile and DevOps to continue to dominate many businesses discussions around improvement and success.