Your DevOps Initiatives Are Failing: Here’s How to Win 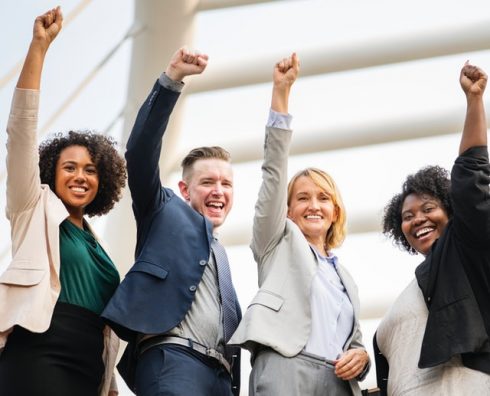 Everyone wants to do DevOps, but not everyone understands how to do it. While most organizations understand the benefits successful DevOps brings to the business, they don’t understand how to get there.

Harvard Business Review recently found 86 percent of respondents want to build and deploy software more quickly, but only 10 percent are successful at it. Additionally, Gartner predicted by 2023, 90 percent of DevOps initiatives will fail to meet expectations. So despite the desire to do DevOps, there is a disconnect between wanting to do it and actually doing it.

Businesses that don’t want to become one of these statistics need to understand why they are not meeting expectations and how to address the problem.

Change is hard
According to Stephen Feloney, head of products for continuous testing at Broadcom, it all comes down to the culture, skills and tools. When businesses say they want to do DevOps, they mean they want to release applications faster with higher quality.

“DevOps is a big culture change, and if everyone is not on the same page, things can get lost in translation. It is not that people don’t want to change; they don’t know how to change,” Feloney explained. “So even if a DevOps initiative is being mandated from the top, businesses need to provide the necessary resources and training to deploy it.”

Different teams use different tools
In addition to culture and skills, businesses have to take into account that historically, developers and testers use different tools. According to Feloney, you don’t want to make it harder on teams by forcing them to use tools that don’t suit the way different teams work. Agile testers are going to lean towards tools that work “as code” in the IDE, and are compatible with open source. Traditional testers tend to prefer tools with a UI. The key is to let teams work the way they want to work, but ideally with a single platform that allows teams to collaborate; share aspects like tests, virtual services, analytics, and reports; and ultimately break down the silos so your company no longer has Dev + Ops, but truly has DevOps.

Broadcom recently announced BlazeMeter Continuous Testing Platform, a shift-left testing solution that handles GUI functional, performance,unit testing, 360° API testing, and mock services. It delivers everything you need in a single UI, so organizations can address problems much faster. With support for mock services, developers can write their own virtual, or mock services, and deploy a number of tests to a service without having to change the application. The solution will store those requests and responses so a tester can go in, see what happened, and enhance it. BlazeMeter CT also supports popular open-source tools developers are accustomed to using, such as Apache Jmeter, Selenium and Grinder. “You are learning from what the developers have done as opposed to reinventing the wheel,” said Feloney. “BlazeMeter CT enables development and Agile teams to get the testing they need to get done much easier and much faster while allowing the collaboration that DevOps requires.”

There is no insight into what is happening
As mentioned earlier, DevOps activities often fail because they take too much time. If teams are unable to find where the bottlenecks are, they are unable to come up with a solution. Having insight into what is happening and how it affects the overall success of the application and business is crucial, according to Uri Scheiner, senior product line manager for Automic® Continuous Delivery Director.

Businesses are impatient
“You can’t go into DevOps saying it is all or nothing,” Feloney explained. DevOps happens in baby steps and with the understanding that it is going to take time to learn and build upon that learning. “A lot of companies are impatient,” Feloney said. “You have to do this in bite sizes and find a team that is willing to do it, work through the problems, know you are going to fail and work on those failures. Once you get that success, and it will be a success if you have the right mentality, then you can share that–make that team and that project the example– and grow that success across your company.”