DreamFactory wants to stop the madness of building your own APIs 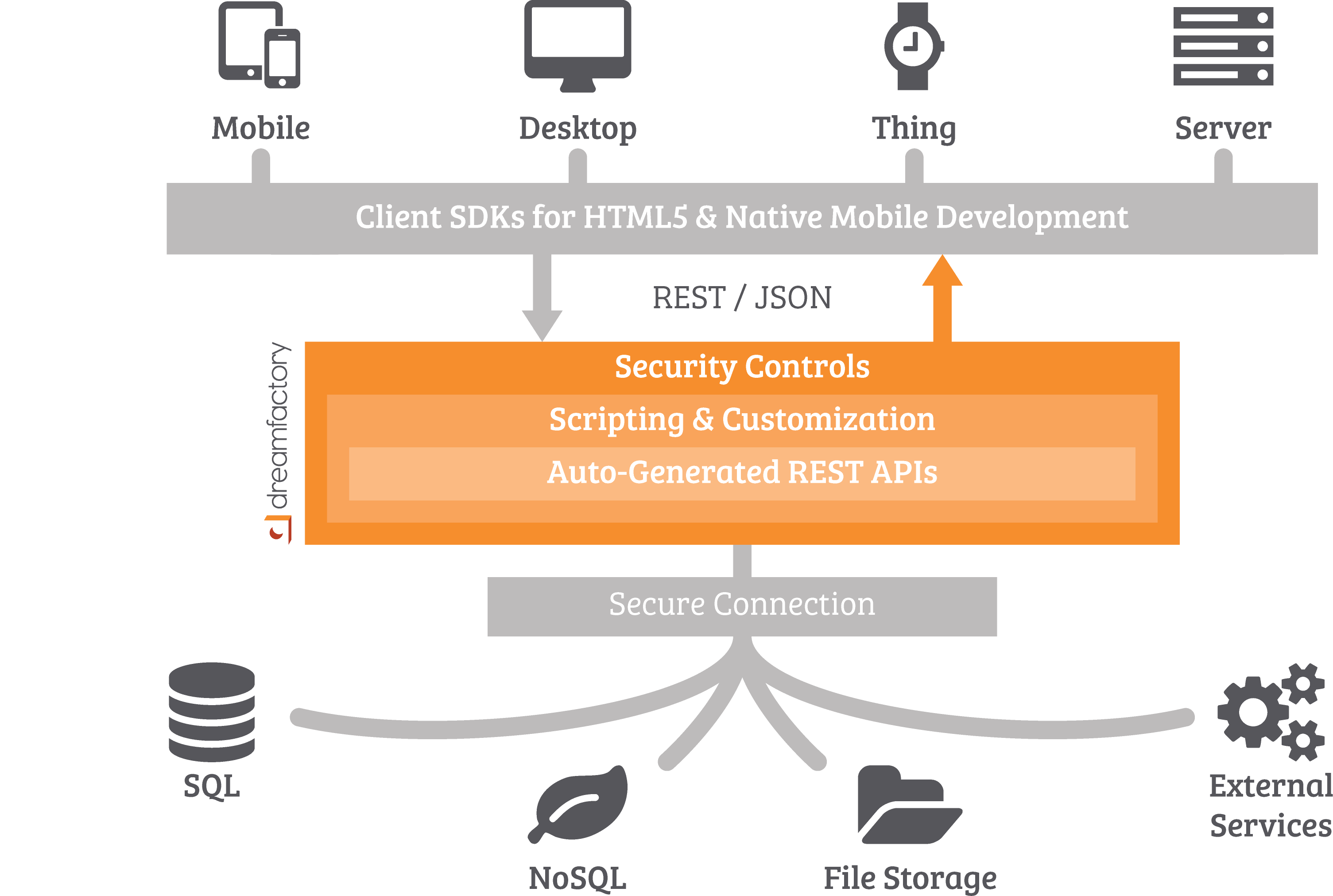 Mobile app development is fueling the API economy, but one company believes there’s a better way than API management for enterprise developers to integrate back-end databases and services into applications.

Bill Appleton is the CEO of DreamFactory, an open-source back-end integration platform for REST APIs in mobile, Web and Internet of Things applications. The company began in the early 2000s, creating Web service applications for platforms such as Salesforce and Force.com. But in 2011, it shifted its primary focus to building a mobile back-end REST API platform for developers to connect any data source to any device without building their own APIs.

The open-source DreamFactory Services Platform was released in 2013, and the company plans to release an enterprise product in the next quarter. DreamFactory also recently released a Docker package.

“API services have to be general purpose and reusable,” said Appleton. “[DreamFactory] had to be a platform, the way Microsoft Windows is a platform or the Apple OS developer APIs are a platform. You can build a gazillion applications on the Apple platform without having to go ask Apple to build any new APIs for you.”

Appleton said development teams are dealing with hundreds and thousands of REST APIs across applications, custom-built with expensive API design software. What they end up with, he explained, are expensive, intractable redundancies where each API is another possible weak point for application security.

“One team will build an API for one project and put it in production, and then no one wants to touch it,” said Appleton. “A modern enterprise may have dozens or hundreds of mobile apps, with different teams building different APIs all with different interfaces connected to different pieces of infrastructure, different databases, written in different styles with different security and different user management. Then you can’t scale it, you can’t move it and it’s not reliable.”

A typical enterprise solution to this problem is investing in the booming market around API management software. Appleton said that’s more of a Band-Aid to make the front end look better through refactored APIs without solving the root of the problem.

“The root of the problem is that [developers] did it wrong,” said Appleton. “Starting with each individual project and developing the APIs seemed like a good idea at the time, and works just fine until you repeat that pattern and get into trouble. What they should’ve done is identify the data sources that were important to them and build consistent API platform for general-purpose application development.”

DreamFactory’s API approach
Appleton thinks about DreamFactory as a service-oriented architecture (SOA) platform with the “intelligent” part of the process moved down to the device, opening up development of prebuilt mobile back ends with security layers and governance. He sees DreamFactory as a more enterprise-focused Mobile Backend-as-a-Service coming at mobile app development from the middleware angle, managed from any cloud or server and shipping with Google’s V8 JavaScript engine.

The platform is client-focused rather than server-focused SOA, decoupling server-side software and security from client application development.

“Modern developers building iOS or Android apps, or even native, HTML5 or hybrid, want to build client apps,” said Appleton. “But if you ping-pong back and forth between the client and server teams, it wastes tons of time.”

According to Gartner’s “2015 Mobile App and Development Predicts” report, by 2017, 50% of today’s deployed mobile enterprise apps will be completely rewritten or replaced, and by 2020, lightweight Web and mobile app integration will have completely displaced traditional approaches.

“[Developers] realize they have to decouple the front from the back end,” said Jan Liband, CMO of DreamFactory. “Businesses have run wild and increased this big API map, and now API management vendors are doing really well. Mobile isn’t going away, though. We need to figure out a sustainable API and application integration strategy, and that’s where exposing the back end comes in, with a set of reusable REST API microservices.”

DreamFactory supports four primary types of data sources—SQL, NoSQL, file storage and external Web services—and automatically generates a new API palette as what Appleton called “another branch on the REST tree” supporting a reusable and flexible API for every application.

“Mobile developers want to quickly prototype, get rapid feedback and finish release sprints every two weeks,” said Liband. “Even building the minimum viable product for evaluation is hard to do without reliable APIs. This is killing the speed at which mobile development gets done, and back-end REST APIs totally change the game in terms of how fast you can prototype and deliver.”