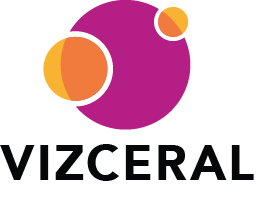 Netflix’s traffic intuition tool that gives teams an understanding of traffic as it flows through their system was originally called Flux, but as of this week it has been renamed Vizceral, and Netflix has open-sourced four of its repositories on GitHub, making it this week’s GitHub project of the week.

Netflix said that when it can apply an intuitive approach instead of relying on the need to parse data, it can minimize the overall time of how an outage impacts its users. This practice is called Intuition Engineering, said Netflix in a blog post, and Vizceral is its first major example of this practice.

Vizceral gives Netflix an understanding of its entire ecosystem at a glance. After receiving developer feedback about Vizceral’s code, the team decided to “take the plunge and share our solution,” open-sourcing four repos, including the main UI component that lets a user view and interact with the graph data; a react component wrapper around Visceral; a web component wrapper around Vizceral; and an example project that uses Vizceral-React and sample data.

At Netflix, it has a server-side service that gathers data from Atlas and a request-tracing service called Salp. The server-side transforms the data into the format that Vizceral component needs, and it updates the UI via web sockets, according to the blog. Also, Netflix “separated the logic into the distinct parts of Vizceral and the server-side service so that we can reuse the visualization with any number of data sources,” according to the blog.

Netflix said it’s fairly easy getting started with Vizceral. Follow the setup instructions from the vizceral-example project, which will set up a functional project with dummy data, and it will run it on your development machine.

#3. Unmaintainable Code: A more maintainable, easier-to-share version of the infamous.

#5. PokemonGo Map: What’s that? Over there? It’s a Squirtle! Live visualization of all the Pokémon in your area.