GitHub has announced the availability of Git Large File Support (LFS) 1.0, as well as new two-factor authentication support for GitHub. The company made this announcement yesterday at its developer conference in San Francisco.

Historically, Git has had trouble storing and versioning large files due to constraints in the basic design of the software. There have been third-party attempts to solve this by companies like GitLab and Perforce, but today marks the point where a true solution has arrived. Even GitHub competitor Atlassian has signed on to support Git LFS.

Brandon Keepers, head of open source at GitHub, said that GitHub is the leading contributor to Git and was a driving force behind the addition of LFS.

“A significant number of the recent additions to Git have been done by GitHub,” he said. “The design of Git is intended to keep the entire repository on your disk. You take it wherever it is, and you go. This is not practical for designers working on large assets.

“We worked on establishing the standard for Git LFS. People like Atlassian are adopting it. There have been many attempts at having that in the past, but having the people on the staff has enabled us to go far.”

Keepers said that GitHub is not used by just software developers. Museums, like the Museum of Modern Art in New York, have uploaded the metadata for their collections into the system, for example.

“We see tons of people using GitHub for non-software things,” said Keepers. “City governments are starting to put laws on GitHub. You see people writing books on GitHub. The software community is showing the way for collaboration. We use GitHub internally. The legal team uses it. It’s been a blast to send pull requests to our legal department.” 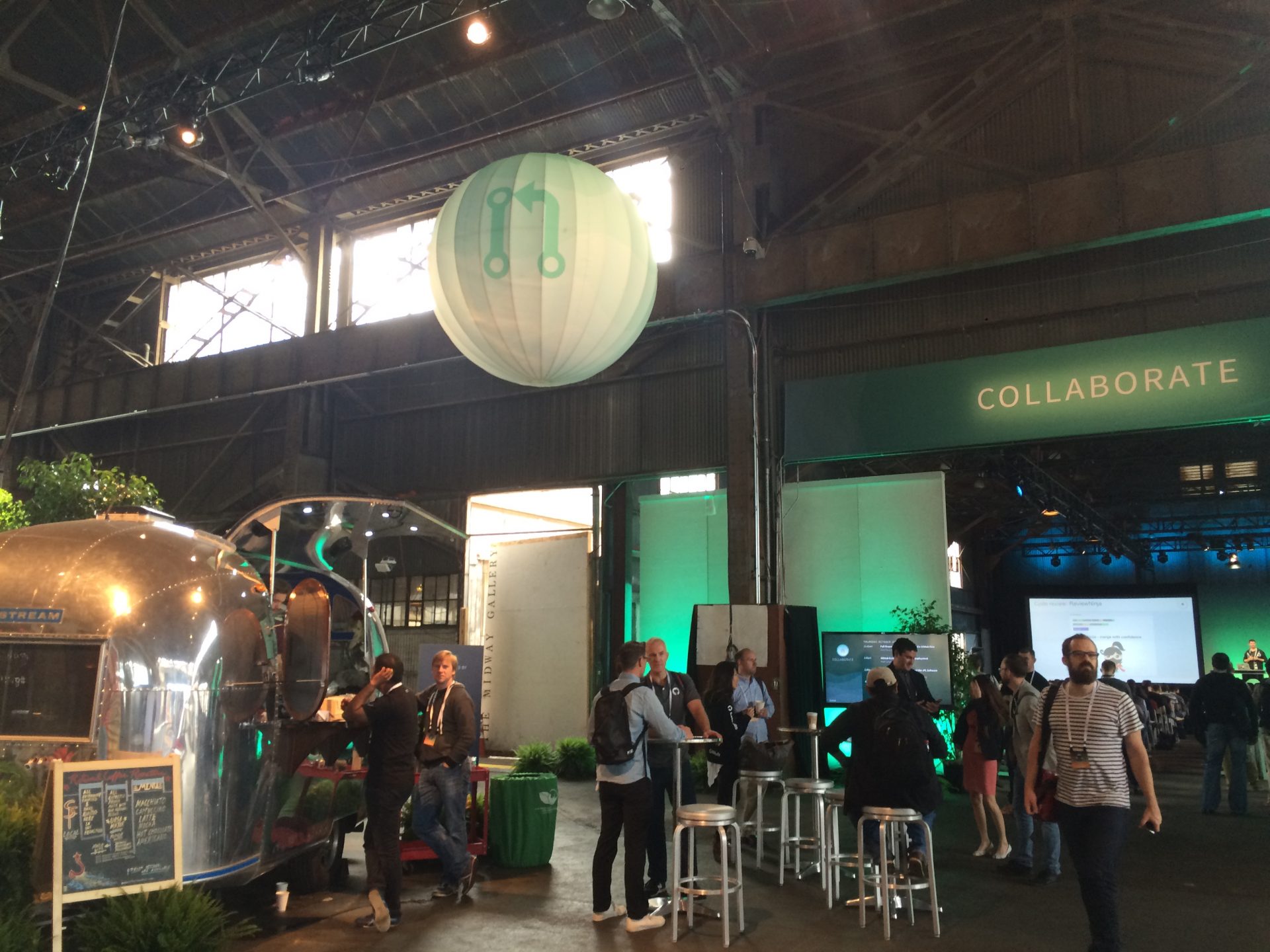 On the floor at GitHub Universe

Sam Lambert, director of technology at GitHub, said that new non-software users are an interesting target for Git. But for now, the company remains focused on developers almost exclusively.

“We’ve talked about it in the past and experimented, but primarily our focus now is around the developer,” said Lambert. “Git’s core component is making changes to text files. It’s a new workflow, but people are applying our workflow to other areas. For example, we do Continuous Integration on blog posts that checks for grammar, images, text, and runs CI against it. That’s a workflow, applied backward to writing. We’re seeing more and more industries taking cues from how we work.”

GitHub continues to push its GitHub Enterprise on-site edition. Lambert said that the tool is still successful, and that many developers are pushing for Git in their environments. “I think if you’re working on enterprise, you can be used to working with more draconian, hard-to-use systems,” he said. “But you spend your weekend working on GitHub; it’s great for collaboration and it’s the place where code gets built. Enterprises can purchase that.

“We have NASA talking about how they use GitHub Enterprise, and it’s knocking years off development times. We’ve seen massive growth; the demand is everywhere.”