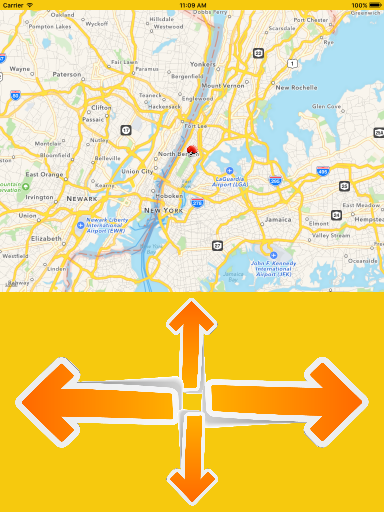 With Pokémon Go rapidly becoming the top mobile application in the United States, we decided to feature a GitHub project that aims to take the game to the next level.

The idea of Pokémon Go is that users will have to leave their house in order to scout out and capture Pokémon. There are different types of Pokémon in different places, and sometimes it can be dangerous to go alone or get to certain places.

As an effort to address this (and also to be a little bit lazy), Pokémon Go Controller allows users to play the game safely and in unavailable places.

“Clone this Xcode project and run on your iPhone/iPad,” according to the project’s GitHub page. “This app actually performs a web server that tells your chosen location; your location will be wherever the Pokéball is, so you may drag the map of press the buttons.”

Is this considered cheating? That’s up for debate. Considering that the point of the game is to actually get moving, then it does seem unfair that people are trying to find shortcuts. But we can’t help if developers come up with creative ways to play their games.

#2. You Don’t Need JavaScript: CSS is powerful. You can do it without JS.

#3. ES6 for Humans: A Kickstarter guide to writing ES6.

#4. Kilo: A text editor in less than 1,000 lines of code with syntax highlight and search.