WebRTC: The road to standardization 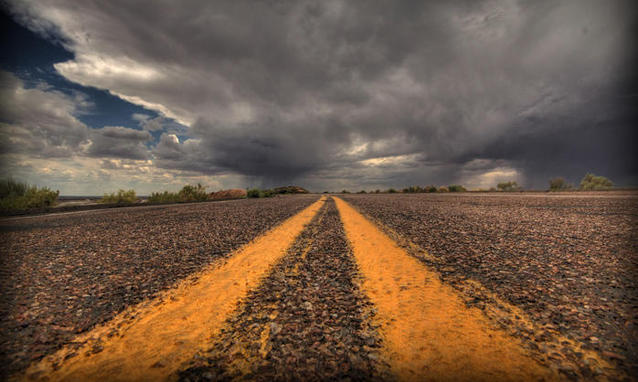 Web Real-Time Communication (WebRTC) is making strides these days, with many real-time voice and video communication platforms already being introduced to the Web such as Google Hangouts and Mozilla’s Firefox Hello. But in-browser capabilities still have a ways to go on the road toward standardization.

“Standardization is a kind of never-ending road, and it is not easy to determine when the destination has been reached,” said Andrew Hutton, co-chair of the International Multimedia Telecommunications Consortium’s WebRTC Interoperability Activity Group and head of standardization at Unify. “But certainly in order to declare WebRTC standardization a success, there are a number of different and interoperable implementations needed, and a significant number of Web applications need to be using the APIs.”

The road to standardization has been a joint effort by the Internet Engineering Task Force (IETF) and the World Wide Web Consortium (W3C). The IETF handles the over-the-wire protocols such as how browsers send data back and forth, while the W3C covers the APIs needed to develop WebRTC applications.

“Although progress has been made on specifications both within the IETF and W3C, the initially hoped-for schedule has slipped,” said Dominique Hazaël-Massieux, mobile Web lead at the W3C.

Currently standing in the way of “Last Call” status is the API that’s used to access cameras and microphones in browsers. According to Hazaël-Massieux, the specification was expected to have reached “Last Call” by now, but won’t be finished for a couple more weeks. In addition, the main WebRTC API isn’t expected to reach complete stabilization for a couple more months.

But while the WebRTC standardization still has a few hurdles to get over, the IETF just recently put a significant and contentious topic to bed, according to Cullen Jennings, co-chair of the IETF’s RTCWeb working group.

According to Hazaël-Massieux, the disagreement was on whether the WebRTC standardization should support VP8 or H.264 in order to ensure any browser could establish a video session with other browsers. After a long debate, the group agreed browsers must support both VP8 and H.264 to be standard-compliant.

“The last really big contentious topic…was about the Mandatory to Implement Video Codec that will be in the browser, so that was the big one that was standing in the way, and now we got that done,” he said.

Jennings is hopeful that the bulk of the core standards for WebRTC will be completed this year, but there are a number of things that extend beyond that timeframe. For instance, there has been some talk about adding object-oriented extensions to WebRTC, which is roughly being called WebRTC 1.1, according to him.

“In the IETF, there will be extensions and optimizations and things that people want to do with WebRTC beyond the core-based stuff. I don’t think all the standardization will be done by the end of 2015,” said Jennings.

The present standardizations that have already been completed allow developers to build Web apps that set up voice and video calls as well as video channels for additional data between two browser-based apps and between browsers. The working groups expect to see WebRTC move into apps that have traditionally been plug-ins or custom model apps such as WebEx, and then built into applications that aren’t primarily communication apps such as multiplayer games.

The center’s mission is to join forces with communications companies and people that can provide software engineering, domain knowledge and other resources.

“The center brings together companies that are already delivering communications services and technology to the market, having years of experience and many customers, enabling the center to understand, address and test important use cases,” said Torgeir Hovden, strategic advisor at Mozilla and former CTO of Telenor.

In addition, partners of the center will contribute to Mozilla’s core WebRTC stack, help balance use cases, and influence the direction of the WebRTC standards.

“One of the strengths of the WebRTC development process is that the standards, implementations and applications are being developed in parallel, so that we get quick feedback on what does and doesn’t work,” said Hovden.

WebRTC competency centers initially will be located in Mountain View, Calif., and Oslo, Norway. They will set their WebRTC focus areas on a yearly basis.

“We are very excited about expanding our partnership with Mozilla, and hosting the new WebRTC Competency Center in Oslo,” said Rolv-Erik Spilling, CEO of Telenor. “Our engineers have been working with WebRTC for more than two years already, and we hope our contribution can bring WebRTC one step closer to becoming a widespread communication standard.”