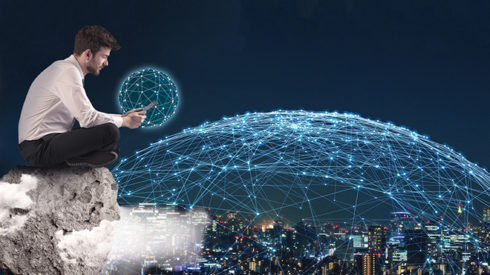 The popularity of edge computing has greatly increased as more industries are adopting IoT devices and are increasing their demand for low-latency processing and real-time, automated decision-making solutions.

Both the evolution of technologies surrounding edge computing, such as 5G, and the industry demand for its benefits, such as speed and low latency, have created a Goldilocks zone that is now fueling the rapid expansion of edge computing.

ResearchAndMarkets.com estimated that the global edge computing market will grow from $2.8 billion in 2019 to $9 billion by 2024, while Statista, a database company, predicted 75 billion IoT devices by 2025 in its State of the Edge report published in 2018.

The report also found that manufacturing by far spent the most, at $23.5 million in 2017, followed by energy & utilities and IT & telecom at $13.5 million each. The same report projected that consumer applications and transportation & logistics would eventually take up a much larger chunk of edge spending by 2025.

Edge computing is an approach that processes data at the edge of the network. This computing method drastically cuts down on latency times by shortening the distance the data has to travel and by distributing the data throughout devices and servers. Mobile telecom networks and data networks are converging into a cloud computing architecture and are increasingly looking to move computing power and storage out on the network edge, according to a whitepaper titled “The Drivers and Benefits of Edge Computing,” by Schneider Electric.

IDC defines edge computing as being compute power outside of centralized traditional data centers or traditional cloud infrastructure. An edge device might look like an additional server, it might be a rack mounted server, it could be a tower server, but it looks like additional IT infrastructure that is outside of the core and is referred to as “heavy edge,” which is at a very mature stage, according to Dave McCarthy, who is a research director within IDC’s worldwide infrastructure practice focusing on edge strategies.

“[Heavy edge] is fairly mature although I think there are some new challenges that are happening around management and security that are causing people to think a little differently,” said McCarthy. This, he said, as opposed to “when you’re talking about IoT where you have all sorts of new types of devices connected that never were connected before, it’s more of an aggregation of things. It’s still very new and people are still trying to understand best strategies for how to deploy, manage and get the most out of those solutions,” McCarthy said.

Edge computing also encompasses all of the software that is used to manage a distributed network of devices as well as the endpoints themselves.

Edge devices use different networks to connect and most of it depends on industry, according to McCarthy. For example, transportation requires a lot of mobile assets so it may be connected by wireless technology such as 5G. Meanwhile, IoT in a retail store would use RFID tags or beacons and connect throughout a store using WiFi. Edge can even encompass devices that use wired connectivity.

“Using edge computing to automate 20 cameras in the store will find more than humans who are going to miss something that the computer won’t. And so it all goes back to just being able to make quicker, more accurate decisions without having to again go back and send all this data to a cloud or somewhere else,” said McCarthy.

The advent of 5G
Last year, a report by Allied Market Research attributed the growth of the edge computing market to the advent of 5G, which is hailed as being 10 times faster than 4G, as well as an increase in the number of smart applications, the rise in load on cloud infrastructure, and the emergence of various frameworks and languages for IoT solutions.

“5G opens up a lot more opportunities for different types of data and devices to be connected or maybe connected in different ways or share different kinds of data across cell networks that maybe today is certainly not as ubiquitous,” said Kuba Stolarski, a research director within IDC’s Enterprise Infrastructure practice.

Realizing its potential, large companies such as Cisco, HPE, Huawei, IBM, Dell Technologies and Nokia now comprise most of the edge computing market share, according to a recent Global Forecast.

On the development front, Microsoft has been big on providing solutions for the intelligent edge through Microsoft Azure Sphere, a high-level application platform that includes integrated communication and security features.

“Internet connectivity is a two-way street. With these devices becoming a gateway to our homes, workplaces, and sensitive data, they also become targets for attacks. Look around a typical household and consider what could happen when even the most mundane devices are compromised: a weaponized stove, baby monitors that spy, the contents of your refrigerator being held for ransom,” Microsoft wrote in a post.

The company said it wants to prevent another attack like the 2016 Mirai botnet attack where roughly 100,000 compromised IoT devices were repurposed by hackers into a botnet that effectively knocked the U.S. East Coast off the internet for a day.

Large enterprises are driving edge adoption
Many large enterprises now understand the value of edge and immediately understand why they need these functionalities in different places, according to Aaron Allsbrook, the co-founder and CTO of ClearBlade, an edge computing platform for enterprise IoT. They want to take some of the data that is typically processed in the cloud and minimize latency, add additional compute power to handle the troves of data, and allow for customizability.

“The edge differentiates itself in that it still has all the capabilities, meaning you can run your microservices, you can do your stream processing, you can store data, you can even visualize, but it now allows users to push it and run it on a very small computer in the field,” Allsbrook said.

“Often you want a subset of your solution. You want just the part that knows how to pull an OPC off of your injection molding machine or you want just the piece that knows how to talk to the equipment at a railroad crossing. And so you only bring a subset of that application and we allow you to, from your enterprise or from your cloud platform, push down just a subset of your applications so that you can do pieces and portions of your application and distribute that IoT load,” Allsbrook continued.

Allsbrook said that a big focus is on automating and simplifying the process now that all of these things are connected. He added that the software needs the most improvement to figure out how to distribute all of the compute power effectively.

“A lot of progress has been made definitely in the hardware side and in making that more available in the different permutations and configurations. We may even have too many right now to really understand how to make use of it all. But figuring out how to get all the right applications and how to leverage all of this new compute has a lot of growth left in it,” said Allsbrook.

“While integrating edge compute into smart homes may be slowing now, we’re instead going to see it start to hit more of the enterprise use cases, which have been in a lot of pilot mode quite frankly,” Allsbrook said. “People are beginning to put together these technologies, um, and are, are very loudly asking to move very, very quickly with rolling them out for their connected products for their field deployments or for tracking their shipping.”

Allsbrook added that approaching edge from a more holistic architecture view is the most important way to understand the technology moving forward.

“IoT solutions are coming together with a lot of different stakeholders and  vendors in, and it’s also coming in with a lot of business units trying to tie themselves back together. So it takes a lot of collaboration to pull these things together,” said Allsbrook. “We need to have kind of the long term understanding that this stuff is going to continue to move fast. We need to be ready to solve the bigger problem when we get into how we are going to do enterprise IoT across everything.”