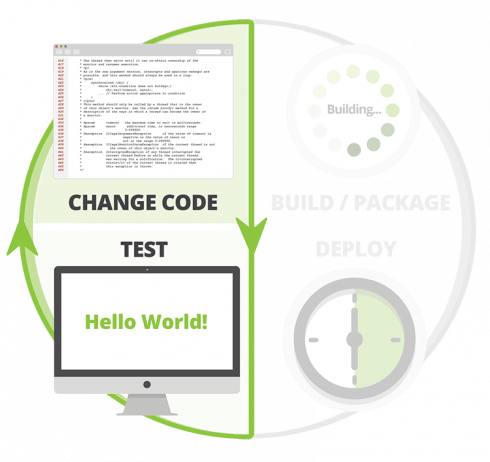 Which version of Java should you use? If you’re not sure, you’re not alone. Since the cadence of Java version releases shifted from three or four years to six months as of the Java 9 release, lots of developers have been confused. Many of them have avoided Java 9 and Java 10 because they were short-term releases that lacked timely tool support. So, some developers stayed loyal to earlier versions while others decided to wait for Java 11, which is a long-term release Oracle will support for the next five years. Regardless of which version of Java developers choose, Rogue Wave’s JRebel saves time and money.

JRebel is a JVM plugin that integrates with more than 100 leading frameworks as well as application services, IDEs and build environments. Developers can use it for any type of Java application.

“There’s no need to restart or redeploy your application,” said Toomas Römer, CTO at ZeroTurnaround, a Rogue Wave company. “It’s a lot like using PHP for web apps, because all you have to do is go to the browser and refresh the page.”

“For example, when a developer is coding some functionality that requires many steps of user interaction then redeploying the code might throw him back to the initial step, because this is how redeployments work, you lose whatever state you had. Here JRebel also comes into play and will reload the changes on whichever step the developer is on when writing that functionality, enabling him to continue from where he was,” said Michael Rasmussen, product manager of JRebel.

“You can just go in, change the code, recompile the class and reload the page. All the information is saved on the server so the session remains tied to the user,” said Römer. “If you restarted your server, you’d have to recreate the state.”

JRebel’s features have been expanded for SAP Hybris developers, based on demand. Those developers are trying to avoid the impacts application changes have on e-commerce and digital transformation processes.

“We’ve made a point of staying current with new versions of Java, frameworks and application servers, including Hybris, because some of our customers always upgrade to the latest platforms and tools,” said Rasmussen. “Other customers work in strict environments that keep them locked into older platforms and tools. We make sure that all of them can take advantage of JRebel’s productivity benefits.”

Build and update microservices in parallel
More developers are taking advantage of microservices and containers, although managing an increasing number of components can be a complicated and daunting task.

Those building microservice architectures tend to develop multiple microservices simultaneously, some of which may be dependent on others.

“With JRebel, you can develop a microservice and a client-microservice using it simultaneously without restarting either of them,” said Rasmussen.

Like all Rogue Wave tools, JRebel helps enterprise developers build better code faster, whether they’re accelerating the move from monolithic architectures to microservices or improving the performance, scalability and security of production systems.

“JRebel enables dramatic productivity gains,” said Rasmussen. “We eliminate the time-consuming build, deploy and run cycle, which speeds Java development and removes the wait-time frustration so many developers have.”

Without JRebel, Java developers can spend hours waiting as builds and redeploys connect across various development frameworks. JRebel collapses that time down to minutes or seconds, so developers can avoid context-shifting between tasks. In fact, 10 developers using JRebel can improve their efficiency by 20%, enabling them to complete the work of 12 developers.

“Developers should not have to compile, build, package and deploy their applications every time they want to see how new code works or every time they make a change,” said Römer. “Each interruption costs time and money.”