Syncfusion, Inc., a leading provider of components for Windows development, today announced the release of Metro Studio 2™, the only utility of its kind for Windows 8 development. The studio, which is free for members of the development community, contains more than 1,700 vector-based Metro icons that are easy to customize. Additionally, the company is adding a series of free e-books to its Technology Resource Portal. The books are written for Microsoft developers seeking to broaden their knowledge. Both initiatives reflect Syncfusion’s commitment to give back to the development community.

Metro Studio 2™, which was originally released in May of 2012, is a collection of Metro-style icon templates that can be easily customized to create thousands of unique Metro icons using an intuitive customization tool. To date, it has been downloaded over 22,000 times. The latest version includes significant enhancements and improvements such as:

Beth Massi, senior program manager on the Microsoft Visual Studio BizApps team, recently used Metro Studio to update the icons in the Contoso Construction application. “Syncfusion Metro Studio is a huge time-saver—all the icons you create are royalty-free, even forcommercial applications. Thank you, Syncfusion, for supporting the community(and particularly the developers who can’t draw!),” stated Massi.

Syncfusion is releasing a series of e-books called the Succinctly series. These concise technical books, which range from 50-100 pages, can be read on any Amazon Kindle or downloaded as a PDF. New e-books will be rolled out on a regular basis. The most popular e-books include:
•     jQuery Succinctly by Cody Lindley: Conveys the concepts essential to intermediate and advanced jQuery development
•     HTTP Succinctly by Scott Allen: Explains HTTP from a developer’s perspective

CampusMVP, an online training company for Microsoft developers, uses jQuery Succinctly as part of its curriculum. “Syncfusion’s jQuery Succinctly is a perfect supplement for our jQuery online course because of its direct and to-the-point approach. It contains tons of practical examples, which reinforce what our students learn,” stated Jose Manuel Alarcon, managing director at CampusMVP. 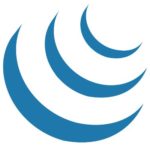