What tomorrow’s developers need to succeed 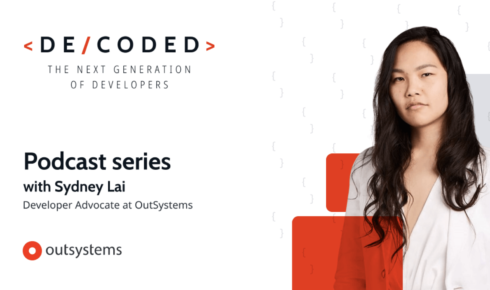 Remember when a bookstore was just a bookstore? A bank held your cash in a vault? Or if you wanted to catch a ride, you just hailed a cab? Today, every one of these industries and more have been revolutionized by technology. Whether it’s tech-first players like Amazon, PayPal, and Uber or legacy enterprises seeking to undergo digital transformation, every company in some way is now a tech company.

That makes the applications these companies build — and the people who build them — more important than ever. Developers are no longer just the “worker bees” who build out the company’s application infrastructure, but the talent who will spur the company’s next great innovations. Business units and developers are now working together as partners, each equally invested in the other’s success.

Because developers make the world go round, OutSystems wants to bring their voices forward. So we’re launching Decoded, a podcast series for the next generation of developers. On this podcast, we’ll look at how the world of app development is changing, talk to developers about their journeys, and offer guidance to help you prepare for what’s next.

The new status quo
If it seems like massive disruption is happening in the way most companies operate, that’s because it is. With every company becoming a tech company, the insatiable need for developers means that businesses will need to rethink their entire approach to hiring and retaining developer talent.

It’s no secret that the tech industry, like many other industries, has historically struggled to hire a diverse workforce. But the next generation of developer talent won’t look anything like yesterday’s stereotypical developer. Let’s be blunt: we won’t all be a 25-year-old straight white male living in Silicon Valley (ok, ok this is a total stereotype, but you get the point). People of all genders, races, ages, sexual orientations, educational levels, socioeconomic backgrounds, and parts of the world are already bringing their creativity and energy to the development workforce.

It’s up to employers to leverage this new wave of diverse developers to create the next wave of innovative new applications.

In addition to diverse backgrounds, businesses need to look for diverse skill sets. It’s no longer enough to be just a programming whiz. Developers must also have skills in areas like business, communication, branding, and user experience. For many companies, it may actually be more effective to hire people who already have these skills and retrain them with the programming skills they need to contribute. Companies also need to think about what they’re doing to not just hire and train the next generation of developers, but retain them for the long haul. That doesn’t mean offering perks like a ping pong table or free kombucha. It means building a robust, inclusive, and diverse culture.

From shifting demographics to higher expectations to new technologies, the only constant for tomorrow’s developers will be change. As we talk to your colleagues throughout the Decoded podcast series, we hope that the conversations with our guests not only help you shape your career, but our entire industry. We look forward to decoding the future of development with you. 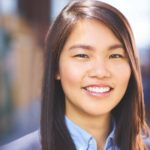 Sydney Lai is a developer advocate at OutSystems.

View all posts by Sydney Lai