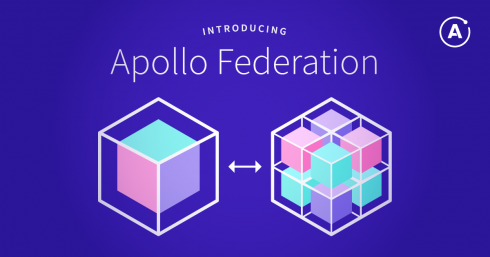 The Apollo team wants to help developers adopt GraphQL within their microservice architectures with the announcement of its open-source project Apollo Federation.

According to Apollo’s engineering manager James Baxley III, developers want to be able to access data through a single GraphQL query even if that data lives in separate places. Before Apollo Federation, Baxley explained that type of action was only really possible in a monolithic architecture.

“Apollo Federation is inspired by years of conversations with teams that use GraphQL to power their most important projects. Time and time again, we’ve heard from developers that they need an efficient way to connect data across services,” Baxley wrote in a blog post.

He went on to explain that the project is ideal for implementing GraphQL in a microservice architecture because it brings together the best of both worlds: a complete scheme to connect data and a distributed architecture for specific teams to tailor to their portion of the graph.

“Ideally, we want to expose one graph for all of our organization’s data without experiencing the pitfalls of a monolith,” Baxley wrote. “It’s designed to replace schema stitching and solve pain points such as coordination, separation of concerns, and brittle gateway code.”

With Apollo Federation, users can declaratively reference types that live in different schemas and organize services by concern.