The 6 core pillars of the Microservice Manifesto 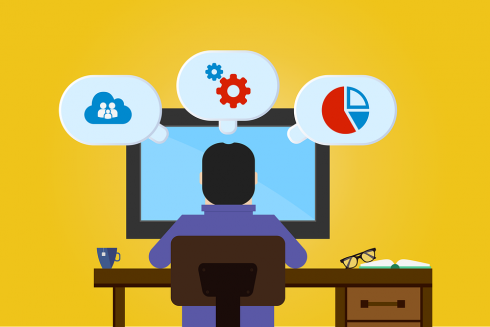 Enterprises of all sizes are adopting the microservice approach, but not everyone is adopting it correctly. According to Chase Aucoin, developer evangelist for AppDynamics, too often, businesses think if they move their monolith applications to microservices, their problems will just magically go away. However, once they start to move to microservices and realize their problems aren’t going away, they try to place blame on the technology.

Aucoin explained the reason businesses are having such a hard time is that they don’t realize their problems are embedded within the culture of their business, not the technical aspect of the service.

“The biggest challenge when it comes to adopting microservices is businesses think they can throw more technology at a culture problem and fix it, which unfortunately you can’t,” he said.

At its core, microservices are self-contained, domain-specific services that are able to be deployed and tested in isolation. But according to Aucoin, too many businesses are overcomplicating it.

After realizing that this was an ongoing pattern within the industry, Aucoin decided to create the Microservice Manifesto. The manifesto is an online template that consist of six pillars and responsibilities. According to Aucoin, it is similar to the Agile Manifesto in that it is not an all-encompassing book. It is meant to guide the discussion of microservices. Unlike the Agile Manifesto, the Microservice Manifesto’s pillars are designed to be stacked on top of each other in order of importance.

“We all have the same goal — getting out great software quickly, securely, and error free. Microservices can be a great approach for large teams and codebases to help address this need, but there is not a lot of codification around what exactly Microservices are and why they help solve problems,” according to the manifesto’s website. “This document hopes to address that in an opinionated, but dogma-free approach with the end result being happier teams, companies, and clients.”

The six pillars, in order of importance, are:

“You may notice that these pillars aren’t very technical and do not feature some of the standard terminologies that we associate with microservices such as gateways, circuit breakers, service registration, etc. This is intentional as the most significant hurdles in adopting a microservice architecture for your organization are not technical,” the manifesto states.

Going forward, Aucoin hopes to gain signatures from community and industry leaders. He does expect the core pillars to expand over time and hopes to eventually provide reusable patterns and practices for microservices.

“The world around us is not static, and we don’t know what we don’t know. As we learn new lessons and find out what works and what doesn’t, these pillars can certainly change, grow, develop and create more clarity around them,” he said.