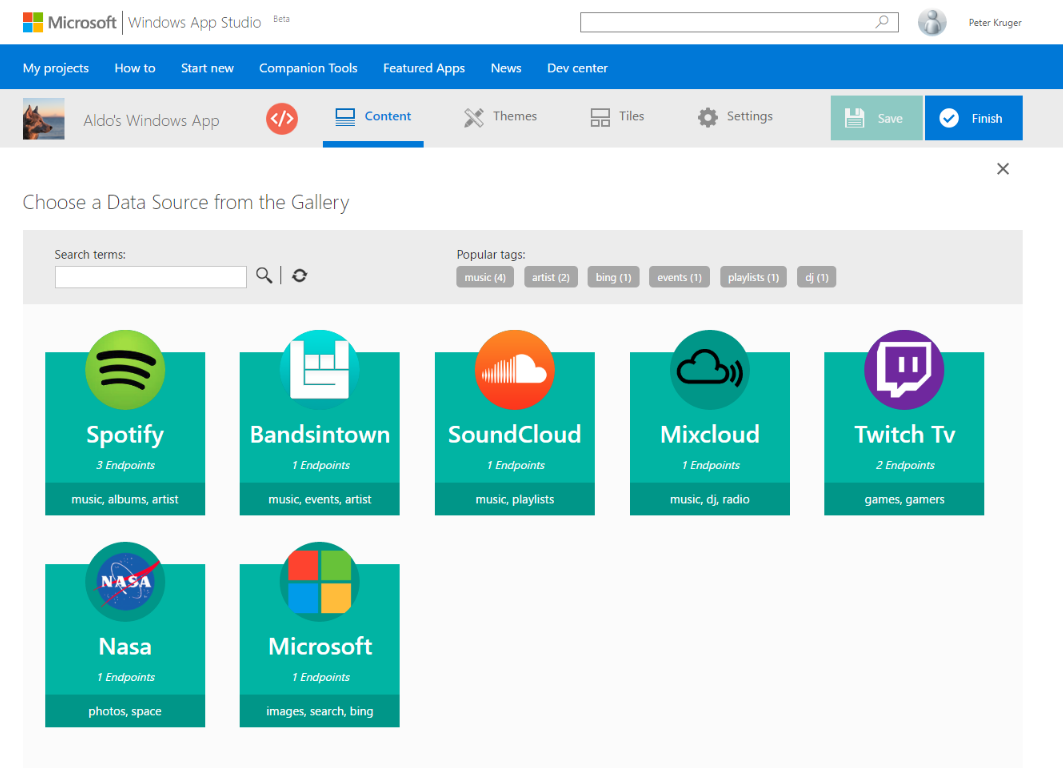 Microsoft is giving users the ability to do even more with Windows App Studio. The company has announced its latest release, which aims to provide more information into applications.

According to the Windows apps team, the biggest feature of this update is the new API Gallery. “So everyone loves new data sources in Windows App Studio releases, but what’s even better is a data source that packs nearly unlimited data sources within it, and one that is totally customizable by you,” the team wrote in a blog post.

The team explains the company’s previous release included generic REST API support, but that was too in-depth for users. The API gallery is designed as a new data source that takes the complexity out of implementing REST APIs. The gallery collects implementations of the Custom API data source (previously known as the REST API data source) so users can easily understand them. Users can also share their API implementations with other users in the App Gallery.

“Needless to say, we’re pretty excited about this new feature and think it will have a huge impact on Windows App Studio-created apps going forward. The REST API features have been so much fun to play with that they’re already inspiring several new ideas about how Windows App Studio can become even better,” the team wrote.

Over the next year, Microsoft plans to expand Windows App Studio’s capabilities, and to provide new and improved experiences.