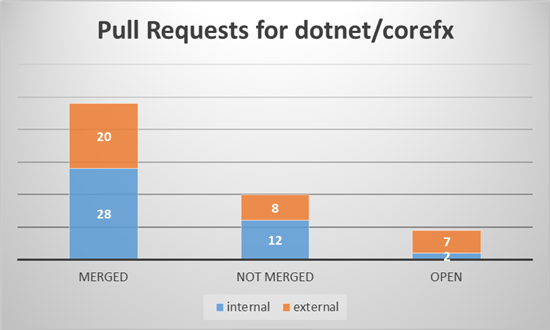 A little more than a week after open-sourcing .NET, Microsoft announced it has received and accepted 20 GitHub pull requests and received community contributions to improve features like immutable collection performance.

.NET Framework program manager Immo Landwerth recapped the week in open-source .NET in a blog post. He also laid out short-term plans and focus for .NET 2015 and the platform’s open-source ecosystem.

In addition to fulfilling API requests such as async overloads for XDocument, the team is concerned with interoperability between .NET Framework and .NET Core. Landwerth mentioned plans for a public road map and a better-defined developer contribution process; additional libraries; a cross-platform stack through the Mono community; and runtime improvements to read GC and JIT code.

The open-source .NET Core and .NET Framework can be found on GitHub.

“Today’s Internet is mostly funded by advertising. But what if there were a way to directly support the people who create the sites you visit each day?” the company wrote on Contributor’s website.

Users can contribute US$1 to $3 a month to a website, and in return Google will remove its ads from that website.

Amazon Web Services updates AppStream
Amazon is updating its AppStream service to allow developers to stream any Windows app without having to make any changes to their code. All a developer needs to do is go through an installation and configuration process using the AWS Management Console, and once the process is complete, users will be able to use the apps.

“This is a new way to deliver software that obviates the need for shipping CDs (you do remember those, right?) or waiting for massive downloads to complete,” wrote AWSA chief evangelist Jeff Barr on the company’s blog. “Your users can access the applications from devices that run FireOS, Android, Chrome, iOS, Mac OS X, or Microsoft Windows.”