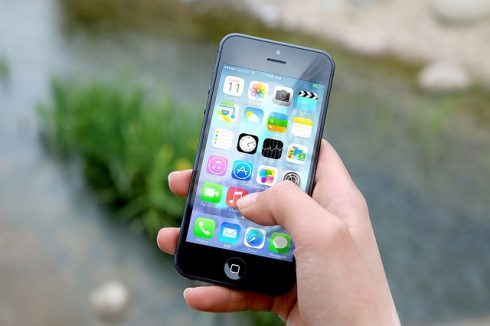 According to Gartner, smartphone sales have moved into decline seeming to mirror the trend in PCs. I think the reason for both declines is the massive reduction in demand generation in the segment. For PCs it was the result of Microsoft and Intel cutting back sharply on their marketing efforts along with the PC OEMs. For the smartphones it is Apple’s decision to stop being the market maker for the segment and Samsung’s unwillingness to pick up that mantel for more than a brief period.

Let’s look at why smartphone sales are likely to continue to slow over the near term.

Demand generation
We’ll start with the PC market as it evolved in the 1990s and slowed in the 2000s, and then talk about why slowing smartphone sales could happen far faster.

Part of the reason for any strong market is the level of investment and execution with demand generation marketing. The 1990s were powerful for PCs with lots of tech TV shows (C/Net was even sold to CBS), big launches (I still remember the huge Windows 95 launch), and lots of well done TV advertising like Intel’s old Bunny Man spots. There was drama too, we even had the Mac vs. PC ads that Apple rolled out, all of which got folks excited about regularly cycling their PCs as the market grew. But the PC market eventually became saturated, growth slowed, and everyone cut back on their marketing spend for demand generation. The TV shows went off the air, the magazines got smaller and many failed, and the web sites mostly went into life support.

Smartphones started out focused largely on business and promoted by advocates with Research In Motion, now Blackberry, setting the early pace. But when Apple entered, it did so with massive demand generation efforts that not only allowed them to race by Research in Motion and Palm, it forced the entire market into an iPhone clone mode. But it made Apple the singular market maker; it was Apple’s draft that was allowing everyone else building iPhone clones to gain share. And because the iPhone was so expensive, it allowed a robust segment of lower-cost phones underneath.

But just as the PC vendors cut back sharply on their demand generation efforts, Tim Cook’s shift of Apple from a marketing-driven company under Jobs to a product-driven company had an adverse impact. As Apple increased the number of assorted products they didn’t have the money to market each individual one anymore and seemed to cut overall spending as a result.

Samsung has stepped into the breach several times but for short periods that did spike Samsung sales. But their efforts mostly benefitted Samsung phones and weren’t sustained long enough for a stronger market effort. In addition, Samsung has a far deeper line of phones so even if they had a more sustained marketing program, the benefit to other brands would have been far more limited. In short it isn’t yet clear a vendor like Samsung can be, alone, a market maker.

Spikes, then slower sales again
Unless there is a reason to do a broad refresh, and 5G certainly will be that reason, sales will slow. And once the 5G refresh is done, they will slow again. We should also see sales slow even farther as we approach the 5G refresh as coverage of that coming event should have buyers defer sales in anticipation of it. This is called the Osborne Effect named after a PC company that re-announced new hardware and stalled current hardware sales.

There is one other coming event that could result in churn over the next several years and that is the emergence of self-driving cars. These cars will need a very different smartphone experience than what we have today in them (you won’t have apps like Waze for instance and may have a far bigger in car screen for entertainment). This should result in some substantial physical changes to phone design, but this is all likely out in the 2020+ period.

Anticipating some of these changes with upgrade programs and designs that anticipate coming needs should allow smartphone vendors to outperform peers during these interesting times. But, unless we get another Apple-like market maker, overall trends for smartphones are likely to continue flat to declining long term.