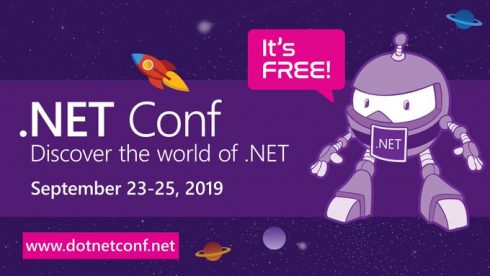 Today, during the virtual summit .NET Conf, Microsoft announced the availability of its updated cross-platform framework .NET Core 3.0. This release is packed with improvements, new features and advanced support.

The biggest changes in 3.0 include:

“.NET Core 3.0 is a major new release of .NET Core, and includes a vast set of improvements. We recommend that you start adopting .NET Core 3.0 as soon as you can. It greatly improves .NET Core in many ways, like the massive reduction in size of the SDK, and by greatly improving support for key scenarios like containers and Windows desktop applications,” Richard Lander, program manager for the .NET team at Microsoft, wrote in a post.

The company also revealed more plans for .NET 5, which is expected to launch next year. This next major version of the  .NET Platform will feature one base class library and support all .NET workloads. Additionally, it will come with Just-in-Time and Ahead-of-Time compilation models and offer one unified toolchain.