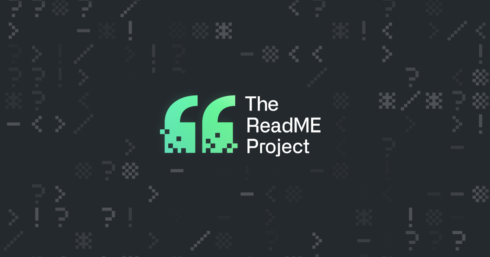 GitHub today announced the ReadME Project, a new space designed to share and highlight open-source stories that are moving humanity forward. According to the company, while 99% of the software that powers the world is built on open-source code, the maintainers and developers of the code often go unnoticed.

“We read a lot about the preeminence of software, less so about the communities of people pouring their efforts and passions into it,” Brian Douglas, senior developer advocate at GitHub, wrote in a post. “Today, and throughout the coming months, you’ll read stories of personal growth, professional challenges, and lessons learned—the journeys you might not see behind projects you probably use every day.”

RELATED CONTENT: What does it take to commit to 100% open source?

“We hope you take something constructive from these personal profiles and merge it with your own story. Open source is incredible, uplifting, and collaborative, but it’s also imperfect. All of us can learn from the creativity, grit, and perseverance of the individuals who build it,” Douglas wrote. “The ReadME Project features the stories of the people behind open source.”