What does it take to commit to 100% open source? 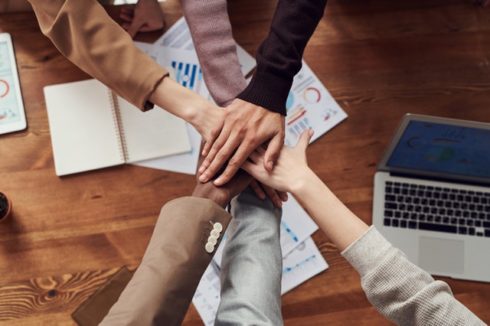 Open source is arguably the most successful approach to developing and distributing business-critical infrastructure software. By removing all barriers to entry and giving developers absolute freedom, open source allows organizations to take software and implement it across their businesses in a truly seamless and customizable way. This can then lead to exponential adoption growth, which in turn powers the rapid feedback loops required of high-velocity, collaborative, community-driven development of feature-rich software. Open source can also strengthen security hardening, ecosystem integrations, extensibility frameworks and other essential enterprise capabilities, while also maintaining high quality and reliability.

While experts in the database market in particular agree that open source is becoming the norm, the question remains, just how open is this sector’s open-source software? Can software providers realistically succeed with a company that’s 100% open source? Furthermore, would a proprietary infrastructure software provider with a freemium tier be able to achieve the same benefits as those committing to open source?

The short answer is, yes — a proprietary infrastructure software company with a freemium tier could theoretically achieve the same benefits as companies going fully open source. However, it’s important to recognize that it would take a freemium model company a significantly longer period of time for its software to mature to the same level as that of an open-source company. Also, the loss of collaborative development and slower feedback loops would likely lead to a higher probability of the software never achieving market traction and ultimately fading away into oblivion.

3 models for monetizing open-source projects
What more companies need to recognize is that open-source software (OSS) and a for-profit motive are not at odds with each other. After all, a healthy commercial business is a must-have for continued investment in open source, especially in the context of single-vendor OSS projects. In fact, there are three non-mutually exclusive models of monetizing open-source infrastructure software, including:

Numbers 1 and 3 are well understood at this point; however, the open core monetization model has incited a fair amount of licensing debate. For database and data infrastructure companies, open core has traditionally involved reserving a certain class of enterprise features for a separate commercial edition. This class of features might include the ability to build new data models, back up the data stored, secure data in-flight and at rest through encryption, and offer multi-datacenter replication, among other features.

Managed cloud services and open source:  A winning combination
Management software that sits outside the core and offers automated cluster creation, scaling, upgrades, backups and monitoring is also usually included in this enterprise class of features. In fact, managed cloud services should be viewed as hosted management software with built-in cloud infrastructure orchestration. For some database companies that recently modified their licensing, their efforts to monetize OSS directly were marginally successful. However, their efforts to monetize the cloud service were wildly successful. The takeaway, then, should be that users take a long time to build trust with a business-critical database, but once that trust is established, users are willing to pay top dollar for the convenience of the cloud Database-as-a-Service (DBaaS) — especially when their adoption reaches scale.

If managed services based on OSS projects are a winning combination, it would be a major hurdle if AWS chose to adopt the same approach. And there’s almost nothing that can be done to stop AWS from doing so. In fact, competition from AWS is simply the price to pay for developing OSS. Yes, restrictive licensing including AGPL might be able to slow down AWS, but the real impact of such licensing is lower user adoption. Even if AWS were to build a service on top of OSS, what’s important to focus on is not the competition aspect but rather the validation of the staying power of OSS. In other words, AWS entering the space would provide users more confidence that their investment would remain protected through multi-party competition.

Still, at the end of the day, commercial OSS companies will have to compete with giants like AWS on the merits of an exceptional DBaaS experience, rather than on the merits of the core OSS database. For this reason, it’s crucial to draw a clear line of separation between an OSS database project and commercial DBaaS offerings. In doing so, OSS companies can capitalize on a potent competitive advantage of no cloud vendor lock-in, proprietary features, same-day releases, higher configurability, lower costs and the ability to bank on the expertise of the software creators themselves. Couple those advantages with a passionate user community and a few well-known reference customers, and open-source companies have an opportunity to thrive — even amidst the constant threat of innovative cloud providers. 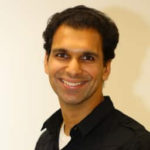 Karthik Ranganathan is co-Founder and CTO at Yugabyte.

View all posts by Karthik Ranganathan