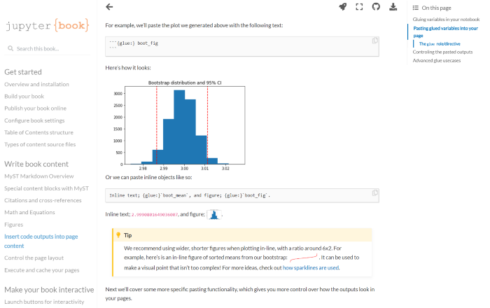 Jupyter Book is an open-source tool for building publication-quality books, websites and documents with computational content. It enables users to write content in markdown files or Jupyter notebooks, include computational elements, include rich syntax, and convert content into web-based interactive books and PDFs.

This week, the team has announced it is reworking the project to make it easier to install, use and create publishing content. Additionally, the project is now supported and will continue to be developed by the Executable Book Project, an open-source community for the Jupyter ecosystem.

While the new version is still in beta, the team explained it should feel very similar to the previous Jupyter Book.

The main features in this version include: