The ethical side of open source 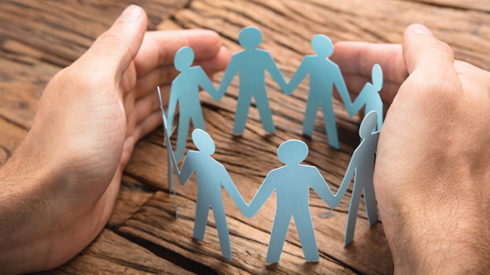 When developers contribute, collaborate, or obtain open-source code, they look at how the code will help bolster their other projects as well as ensure they are complying with any open-source licenses. One thing that doesn’t get enough attention is the ethics of that open-source project, according to Heikki Nousiainen, CTO and co-founder at Aiven, an IT service management company.

“Some of the ethical considerations one needs to take when using open-source code are checking for bias or exclusion, accuracy, crediting your collaborators and sharing code or finished projects in return,” he said.

RELATED CONTENT:
The realities of running an open-source community

Over the summer, Facebook’s open-source JavaScript library React was under fire after racism and harassment were discovered within its community. The incident is known as #Reactgate and it ended with the designer Tatiana Mac, who raised awareness of some of the issues, resigning from the industry, and React software engineer Dan Abramov and library author Ken Wheeler deactivating their Twitter accounts temporarily.

According to reports, the drama unfolded after a talk Mac gave at Clarity Conf about the broader impacts designing systems can have and how to design in a more ethical and inclusive way. After the talk, users commented that she was talking at a social justice conference, not a tech conference, and another user tweeted that React developers were into weights, Trump and guns — things spiraled from there.

“People care more about protecting the reputation of a **framework** than listening to **multiply marginalised** people that you have actual **white supremacists** in your niche community and our broader community,” Mac tweeted in response to the backlash.

Abramov deactivated his account, stating “Hey all. I’m fine, and I plan to be back soon. This isn’t a ‘shut a door in your face’ kind of situation.  The real answer is that I’ve bit off more social media than I can chew. I’ve been feeling anxious for the past few days and I need a clean break from checking it every ten minutes. Deactivating is a barrier to logging in that I needed. I plan to be back soon.” When he returned to Twitter, he said deactivating his account was “desperate and petty.”

Wheeler also returned to Twitter, stating, “Moving forward, I will be working to do better. To educate myself. To lift up minoritized folks. And to be a better member of the community. And if you are out there attacking and harassing people, you are not on my side.”

As a result, Facebook has adopted a new code of conduct and vowed to combat online harassment. The code of conduct states: “In the interest of fostering an open and welcoming environment, we as contributors and maintainers pledge to make participation in our project and our community a harassment-free experience for everyone, regardless of age, body size, disability, ethnicity, sex characteristics, gender identity and expression, level of experience, education, socio-economic status, nationality, personal appearance, race, religion, or sexual identity and orientation.”

According to Nousiainen, other ethical issues in the open-source community include using code for profitable reasons without contributing in return. “But this is true in any online group, unfortunately, and I think the issues are limited considering the size of the open-source movement. However, businesses and developers should always be ensuring that they’re following the code of conduct for the community and playing fair,” he said.

In order to ensure an open-source project promotes innovation while balancing ethics, Nousiainen explained that ethics should be ingrained into projects and initiatives from the beginning. “By understanding the open-source community’s code of conduct and implementing best ethical practices throughout the entire project, ethical considerations won’t be compromised in the name of innovation. In this way, the hope is that breaches of conduct or unethical acts are not suddenly revealed later down the line, but prevented beforehand.”

“Our role is to empower maintainers to grow healthy and welcoming communities around their open-source projects. The goal isn’t just to prevent or reduce the visibility of disruptive behavior (blocking users, hiding content, etc.), but to actively encourage maintainers to adopt inclusive behaviors, even if they don’t have previous community management expertise,” added Ben Balter, senior product manager of community and safety at GitHub. “We want to encourage users to be good ‘online citizens,’ and can do that by either adding friction to disruptive behavior or reducing friction for inclusive behavior, with friction being how easy or hard it is to do something on the platform.”