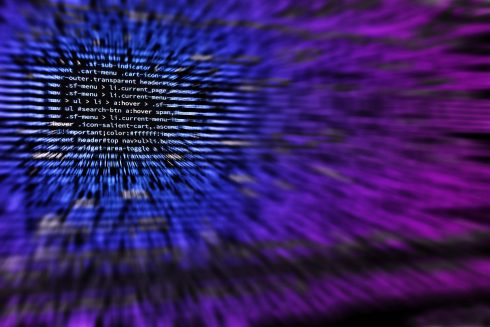 When you think of little social movements that bring about big societal shifts, the first thing that comes to mind probably isn’t open source. But maybe it should be.

The technological revolution that is steadily digitizing every nook and cranny of human activity obviously relies on code, and open-source code underpins much of the recent surge in innovation. Streaming movies? Digital Assistants? Autonomous cars? All made possible to some degree by the open-source movement and the rapid evolution it has enabled. Access to open-source code lets us reversion, refine, enhance, and scale programs quickly and exponentially — it’s a font of collective knowledge that fuels a whirlwind of computational advancement.

But there was a time when code didn’t flow so freely.

A truncated history of open source might start in the late 1950s, when chip-based computing unleashed a cycle of invention that brought increasingly smaller, more accessible, and more useful computational equipment to government, industry, academia, and (eventually) the masses.

Initially, code and hardware were pretty much inextricable, and programming knowledge was shared openly and enthusiastically amongst a relatively small circle of academics and inventive practitioners with access to the machines. As computers steadily grew in importance as business tools, the art of programming took on new meaning. With the great unbundling, “software” began to have value in its own right. (Note that prior to 1974, software did not qualify for copyright protection in the U.S.)

To make a long story short, over the past 20 years, a rag-tag pocket of resistance to the likes of Big Blue and Redmond matured into a massive network of collaborative programmers with a deep-seated sharing ethos that has powered many of the transformational leaps in technology we’ve seen emerge in parallel. Open source is not just for academics and hobbyists (though it continues to serve both communities well). It’s long since been monetized by companies ranging from Red Hat to Docker and embraced by tech juggernauts like Google and Facebook. It’s now foundational to modern programming. Heck, even former foes IBM and Microsoft are now heartily onboard the open source bandwagon.

GitHub proclaims that “open source software powers nearly all of our modern society and economy,” and its latest user report hints at its scale: 25 million public repositories logging a billion public commits in the space of just one year. Recent surveys put business adoption of open source software at about 79%, and just last year, the White House released an official federal source code policy requiring agencies to release at least 20 percent of any new custom-developed code as open source.

That’s probably because collaboration is clearly a key driver of innovation. For example, open-source frameworks like TensorFlow, currently the “most-forked” project on GitHub, can claim parentage for the current boon in AI. They’ve helped to democratize machine learning by making it something that is implementable for numerous uses across industry and across borders. Open messaging systems such as Kafka and MQTT implementations have slowly become de facto standards. And no discussion of open source would be complete without mentioning Linux, the reigning king in production environments. Put another way, open source technologies are solving problems that proprietary software used to own — messaging, databases, frameworks, etc.

This doesn’t mean that all open source code and technologies are created equal: Just because something is open source doesn’t mean it’s a viable solution or even a good one. Plus, even when developers find worthy projects, their ability to contribute may be limited by their employers — which is something that needs to change. (GitHub’s balanced IP agreement is a step in the right direction.) And even though it’s now obvious that “open source won,” there are those who argue that it hasn’t changed the world as much as it should have by now.

But I think it’s been an impressive conquest. Try naming any significant computational marvel or new tech model of the past decade that hasn’t been enabled by open source. You can’t. For that, open source deserves our praise. 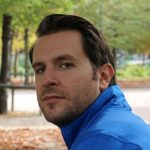 Matt Ellis is a software architect at TIBCO.

View all posts by Matt Ellis