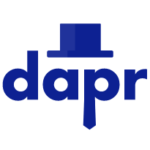 Microsoft announced the alpha release of its open-source, portable, event-driven runtime called Dapr. The aim is to make it easier for developers to build microservice applications.

According to the company, microservices benefits of scalability, loose service coupling and independent deployments come at the expense of increased complexity of distributed systems. In addition, writing an application may involve working with multiple languages, developer frameworks and infrastructure platforms.

Nevertheless, microservices is expected to grow and uphold 90% of all new apps by 2022, according to the consulting firm IDC in a report.

The new project Dapr is set to make it easier to build resilient, microservice stateless and stateful applications that run on the cloud and edge. It consists of building blocks that are accessed by HTTP or gRPC APIs that work with any programming language. It also includes language-specific SDKs.

“This enables developers to write a combination of stateless and stateful functions and actors all in the language of their choice. And because these SDKs share the Dapr runtime, you even get cross-language actor and functions support,” Microsoft wrote in a post that described the project.

Dapr consists of a set of building blocks accessed by standard HTTP or gRPC APIs that can be called from any programming language.

The alpha release includes some prominent building blocks such as: